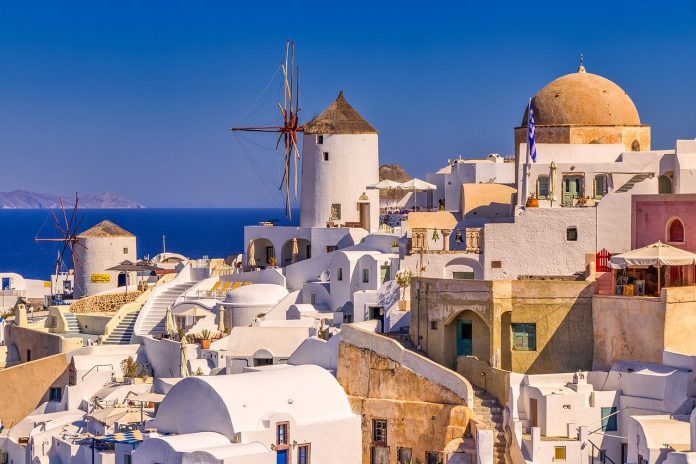 People are home sick, but right now, due to the lockdown I am sick staying home. However, once the lockdown ends, the first thing I will do is trek. It will still take sometime for Coronavirus to leave the face of the earth and so, I am staying home and obeying my local government authorities and writing travel articles. You should also obey your government and stay home. Until then, read my article on the trekking guide to Santorini Island, Greece.

Santorini is one of the Cyclades islands in the Aegean Sea. It was ravaged by a volcanic eruption in the 16th century BC, forever forming its rugged landscape. The whitewashed, cubiform houses of its 2 principal towns, Fira and Oia, cling to hills above an underwater caldera (crater). They face the sea, small islands to the west, and beaches made up of black, red, and white lava cobblestones.

A trip to Europe is always overwhelming anticipation, but if you experience the great outdoors as well, you can improve your European trip with some trekking on Santorini Island.

Santorini is one of the most popular of the Greek islands, a Mediterranean paradise that is toured by thousands of travelers each year. This island (actually, a small grouping of islands) was once identified as “Kallisti” – or, “the most excellent one”, pointing to its virtue in contradiction to the other islands around it. Before this title was used, the name Thira was applied to this island, which had inhabitants as early as 3000 BC (Santorini Island is still occasionally known as Thira). All of this magnificent history means that Santorini Greece hiking is a great trip for those who are engrossed in ancient civilizations.

As mentioned in the first paragraph, Santorini is also well-known as being a volcanic island. Until around the year 1650 BC, Thira (as it was then known) was a relatively small island with a volcanic cone in the middle. At this time, a large explosion of the volcano caused the cone to sink, and changed the landscape of Santorini in one of the most violent volcanic eruptions ever seen in the Mediterranean. It is even thought that these eruptions caused the Minoan civilization on Crete to be killed, by the enormous amount of dust.

The massive amounts of history, cultural backgrounds, and geological sites on Santorini mean that hiking here can be appealing to many different types of people. It also means that depending on where you choose to hike, the terrain can be difficult to pass through. You can choose to hike through paved areas, such as the biggest city on Santorini, Fira. Here, you can see many remains of the ancient cultures of Greece, as well as the exquisite construction and atmosphere of this modern-day vacation spot.

If you chose to make your hiking trip in the more rural areas of the island, you can travel to see the 700-foot high volcanic sea cliffs on Armeni Bay or see Imerovigli village which sits on 1000 foot high volcanic mountains. You can even take a tour boat from Santorini in order to hike around the still vibrant island volcano of Nea Kameni. This volcano exploded as recently as 1956, and it is still considered a very dangerous spot to live around.

Traveling to Greece doesn’t mean that your trip has to be all about food and drink – there are plenty of other things to see and do. Santorini hiking is some of the most fascinating terrains to hike in the Greek Isles, and will definitely give you an enjoyable experience.