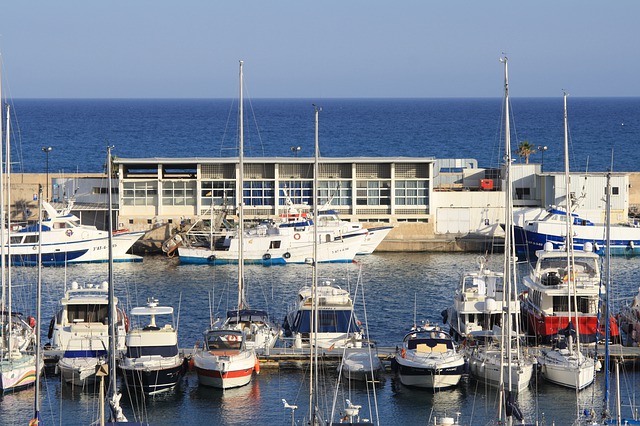 An engaging Costa Blanca town to the north of Alicante, Villajoyosa has a name which precisely means “Jewelled Town”. One of the Costa Blanca’s most refreshing places to visit, Villajoyosa is popular throughout Spain for the manufacture of chocolate and turron.

Originating during the 19th century, the chocolate making business concurred with the import of cocoa beans from Ecuador in South America and was started by a local man named Don Valeriano Lopez Lloret. Today you can learn about the growth and expansion of the chocolate business in a fine museum in the town, definitely one of the “must visit” places in Villajoyosa.

Long before the rise of the chocolate industry, Villajoyosa had been a fishing town, with both shallow and deep-water fishing being practiced by its fishermen. Fishing is of course still relevant today and the fish are sold off each day in the charming little fishing harbor, appearing later on the menus of the town’s seafood restaurants.

Among Villajoyosa’s most notable features are its brightly-colored fishermen’s houses, painted in blues, yellows, and reds, so that the fishermen could recognize their homes from far out at sea, and return safely to their families.

These days Villajoyosa is a notable tourist destination and has for many years been one of the stop-off points for the so-called “blanket trips” which operate along the coast. These coach loads of visitors generally head for the chocolate factory, where tasting sessions are very popular! Full of delicious chocolate, they then head for the harbor for a coffee in one of the seafront cafés.

Easily reached from Benidorm, El Campello, or Alicante, Villajoyosa is less than a half hours drive from Alicante airport.