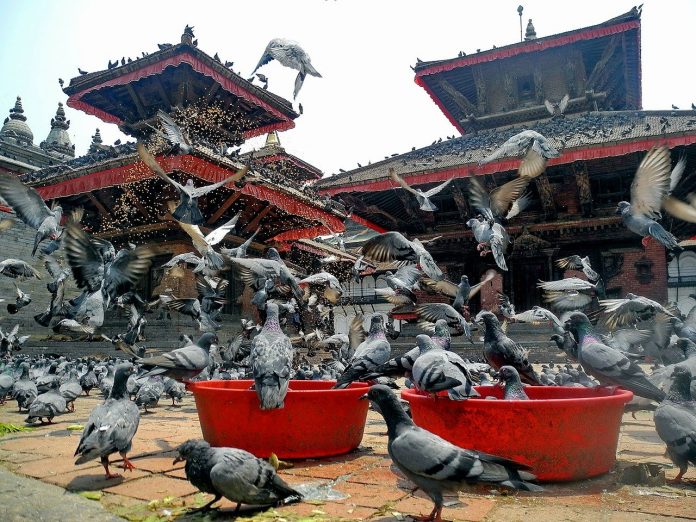 Nepal is a beautiful hilly country in South Asia. It is inhabited mainly in the Himalayas, but also includes parts of the Indo-Gangetic Plain. It is the 49th largest country by population and 93rd largest country by area. It is landlocked and borders China in the north and India in the south, east, and west, while Bangladesh is located within only 27 km (17 mi) of its southeastern tip, and Bhutan is separated from it by the Indian state of Sikkim. Nepal has distinct geography, including fertile plains, subalpine forested hills, and eight of the world’s ten tallest mountains, including Mount Everest, the highest point on Earth. Kathmandu is the capital and the largest city. Nepal is a multiethnic country with Nepali as the official language.

Here is our travel guide to this Himalayan wonder.

Nepal is recognized for trekking and expeditions in the Himalayan Mountains, including trips to Everest Base Camp. It is a fabulous place for nature lovers who want to rough it and get away from the concrete jungle. For those interested in seeing snow-capped mountains directly in front of their face, and moving out of the comfort zone of the Western world, few places on this planet will offer as much as Nepal.

Places to Visit and Things to Do

Dedicate your first couple of days to exploring the capital city of Kathmandu. You will notice is that Nepalis live and work around ancient sites, so you will see children playing and people leaning on mystical sixth-century monuments. Historic Hindu temples and monuments are a part of their everyday lives and are not cordoned off as they are in many other countries.

Durbar Square is the core of historic Kathmandu, and this is where the ancient kings ruled. Many Nepalis now trade and spend time resting on the steps of the temples. There are several cafés and restaurants on rooftops throughout the edges that will give visitors picturesque views of the square, so having a cup of traditional Nepali tea at one of these spots is recommended. As you explore the beautiful temples, you will be able to peer into shop windows and see how many metropolitan Nepalis spend their days.

A visit to Kathmandu is not complete without observing the heart-stopping Buddhist temple of Swayambhunath, commonly recognized as the Monkey Temple. You can walk to the Monkey Temple in about forty minutes from the Thamel neighborhood, or you can take a taxi. Walking from the base of the temple grounds up to the temple itself is half the journey, as there are way over a dozen steps to climb, and as you move up, you will have to fend off hordes of monkeys and touts offering all kinds of goods for sale. The sellers are not very threatening so this is not a problem, but steering clear of the monkeys is more challenging. They have gotten used to tourists and people, but keep your belongings-especially food and cameras-close to your heart as the monkeys are known to snatch them away from guests. The colorful temple stands in the middle, with devotees making their ritual clockwise circumnavigation and offering prayers.

When you’re finished at the Monkey Temple, head over to Thamel, which is the center of the shopping scene in Kathmandu. It is very touristy, but most of the larger restaurants and shops are situated in this place. Many of the hotels and inns are also in this area. If you are looking for a traditional Nepali snack or meal, look for a place that serves momos, which are dumplings filled with meat or vegetables, and served with a curry dip.

Traveling the areas outside of Kathmandu is unquestionably worth the trouble if time permits. You don’t have to try far to see some exceptional sites. Hire a car and driver for a day for about US$40 (either through your hotel or one of the many travel agencies in Thamel) and see the neighboring towns of Patan, Bhaktapur, and Bodhnath, with the former two towns having their unique durbar squares.

Similar to Kathmandu, be ready to pay for a ticket to enter and walk around the square’s monuments. Prices will vary, with Bhaktapur being the most costly at US$10 per person. Patan has the best durbar square in all of Nepal with its variety of temples and architecture. Bhaktapur is the best-preserved historic town, so roaming through the streets here will be time well spent.

Finally, Bodhnath is a magnificent temple that is a must-see if you want to see pilgrims doing their devotionals, and want to take some great photos of apparently the most eye-catching stupa. These three towns are about an hour apart by car and no more than two hours outside of Kathmandu. You can take a taxi to and between all of these sites, but availability is not constant and the few dollars you will save by not hiring a car and driver is probably not worth the trouble.

You can spend the fourth day doing an easy hike around the Kathmandu valley. One popular trekking route is to Nagarkot, which offers some stunning views of the Himalayan mountain chain if the weather, mist, and clouds work in your favor and give you a clear day.

The best time to visit the trekking is during sunrise or sunset, but there are no guarantees. This is a recommended place for a one-night stop or a day trip to see the mountain range, as there is not much else to do in Nagarkot. A planned trek through a travel agency will consist of a short one-hour drive to Changu Narayan (a temple and town), and then a three-hour hike with a guide to Nagarkot. Afterward, your guide and a driver will drive you back to Kathmandu. It can all be done in a day if you begin early.

Every main temple is beset by vendors selling all kinds of paraphernalia that attract the tourists like scarves, brass figurines, artwork such as Thangka paintings, and handmade clothing, all for low prices by Western standards. However, be ready to bargain if you want an even better deal, as the prices vendors will initially tell you are extremely inflated. A savvy shopper willing to bargain can usually get about a third off the initial price. Just be careful of the fact that a couple of dollars will mean much more to a Nepali than it will to you.

Thamel offers the most shops in one neighborhood. In extension to the Nepali artwork and handmade clothing, you can also find all of the maps, books, trekking gear, and Western winter clothes you need in Thamel.