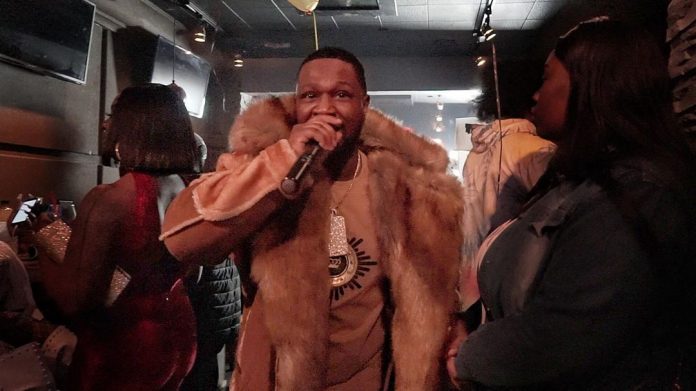 Lincoln ford, (who goes by the stage name Linc Way or LINC), was born in one of the toughest cities in the country, Detroit, MI. This up and coming artist used the lessons he learned in the inner city, to focus his mind on success with sheer determination. “I was inspired by the ones before me such as jay-z, 50 cent, nas, jadakiss, ma$e, fabolous, and numerous others.” Music is one of linc way’s strongest points. There was a period of time however, that LINC’s inspiration had faded.

Nevertheless, he found his way back to his first love, and in 2016 released the powerful mixtape” eagle on the roof”. Linc states how he got the concept “as i watched everyone in my city fly, I felt like i was on top”. Linc way has been dedicated to his craft for years now and is now finally starting to reap the benefits of being a successful artist. Linc has been featured on major music publications such as hip hop weekly, hot 92, coast 2 coast live and many other major outlets.

With all of the success LINC is generating he has to keep up with the consistency for his fans. Linc will be working on many new projects and pushing his visuals heavy to his growing audience. Linc represents his city at all times, but does not only want to be known locally. He wants to take his music career international and gain love in other countries and broaden his audience. Expanding his brand is at the top of his priority list for this year. He has the content to be a major success within the industry.

Linc Way is independent a composer that writes all his music, and not only that own his label and publishing company. And being that he’s so talented it’s never hard for him to spot talent. Like in which he did connecting with Melowood for the “To the moon” single scheduled for July 4th release. Coming from his upcoming Rushing hour Ep.

Linc way has a huge journey to embark on this year. Thus far he has already hit the ground running. Linc has been not only seen on major news outlets but he is also being noticed more. Linc way was recently published in the notable ace mag world magazine. He brings a new refreshing and original sound. The world will definitely embrace his sound and style once his music is seen in the forefront. This year his main focus will be performing live at major venues and rocking the stage for his fans around the world. He has come a long way from freestyling at the lunch tables in high school.

Stay tuned and follow his social links to stay up to date on his content and new releases. He owns Label and publishing company Drive & Ambition Music.

You can check out his music here: https://spark.adobe.com/page/eGNQdDn8iVpTi/

Why Do Musicians Use Earpieces?