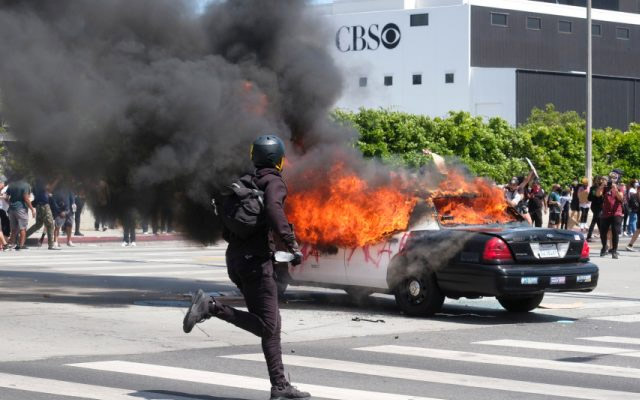 California Governor Gavin Newsom declared a state of emergency in Los Angeles County after violent protests over the death of George Floyd, an unarmed black man, in police custody.

Newsom also authorized assistance after a request from the city and county of Los Angeles, and will deploy members of the National Guard to assist Los Angeles and neighbouring communities, Xinhua news agency quoted a statement released by the Governor”s office on Saturday night as saying.

Los Angeles Mayor Eric Garcetti announced earlier that a curfew will be in effect in the city beginning from 8 p.m. Saturday to 5.30 a.m. Sunday.

The protests against police brutality in the city went into the fourth straight day on Saturday.

Thousands of protesters took to the streets of the Fairfax District and Downtown Los Angeles on Saturday afternoon to express their anger.

Over 530 people were arrested Friday night and early Saturday after the protests turned violent in downtown Los Angeles, according to the Los Angeles Police Department.

Floyd, aged 46, died on Monday after Derek Chauvin, a white police officer, held him down with a knee on his neck though he repeatedly pleaded, “I can”t breathe”, and “please, I can”t breathe”.

Chauvin was arrested and charged with three-degree murder and manslaughter on Friday.