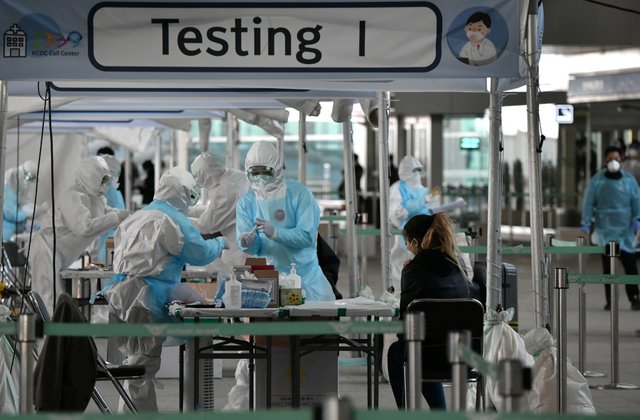 South Korea”s government tightened up school quarantine and distancing rules on Friday as the novel coronavirus transmission in the greater Seoul area shows no signs of slowing.

In a precautionary move to stem community transmission, the Education Mnistry said it plans to limit the number of students at schools in the capital area, reports Yonhap News Agency.

Elementary and middle schools will be required to cap the number of students at one-third of the total student body and high schools at two-thirds, Vice Education Minister Park Baeg-beom said in a press briefing.

The plan to limit students at in-person classes will also only apply to schools in the capital area, he added.

The announcement came as health authorities reported 58 new cases after logging a near two-month high of 79 cases on the previous day.

All 58 cases were identified in the capital area.

On top of imposing a cap on student numbers, the government said it will closely monitor facilities and business establishments, such as karaoke rooms that are frequently used by young students, to see if they are strictly complying with quarantine rules.

On Thursday, the government strongly advised the businesses to close until June 14 to limit the spread of the virus.

If they decide to remain open, they have to make sure that patrons write an entry log, wear masks and maintain at least a 1-meter distance from each other.

Chung”s remarks follow a spike in new infections in Seoul and its surrounding areas traced to logistics centres.