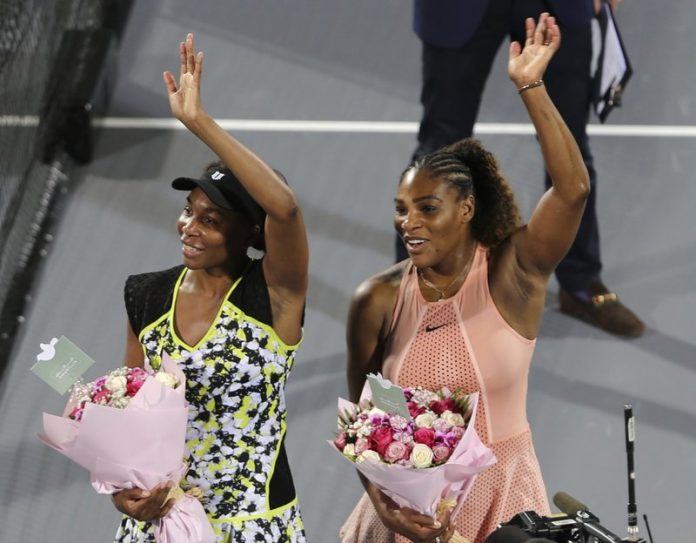 Serena Williams is looking forward to getting back to competing when the coronavirus pandemic permits it, in part because she’s “feeling better than ever.”

Her older sister, Venus, is looking forward to hanging out at a rooftop bar.

Two of the most famous and successful siblings in the history of sports — owners of a combined 30 Grand Slam tennis titles in singles and an additional 14 in doubles as a pair — shared those thoughts and more after doing yoga together Tuesday during an online session that offered workout tips and some laughs.

All professional tennis tournaments are on hold at least until mid-July because of the pandemic. The French Open, for example, was postponed from May to September, while Wimbledon was canceled for the first time in 75 years.

Under normal circumstances, the Williams sisters might have been in action this week at the Italian Open, a clay-court tuneup for Roland Garros.

“I really look forward to getting back on the court. It’s what I do best. I absolutely love playing,” Serena said. “But this break is … a necessary evil. … I felt like my body needed it, even though I didn’t want it. And now I’m feeling better than ever. I’m feeling more relaxed, more fit. Now I’m just like: Now I can go out and play real tennis.”

Asked by her sister what she’s excited about when life returns to normal, Venus replied: “I like to go out and I just want to be on top of a rooftop bar with champagne in my hand and … just having a good time, dancing.”

In the meantime, fans who want to know how to flex and stretch like a champ got the chance to watch along as 23-time major singles title winner Serena led the session, chatting along the way.

Venus, who won Wimbledon five times and the U.S. Open twice, joined her on a nearby yoga mat, following the same routine and occasionally showing modified versions.

The whole thing was on the sisters’ individual Instagram Live feeds. After the yoga was done, they asked each other some questions, and then Venus stayed around to take queries from viewers.

The aim, it appeared, was to help folks find ways to stay in shape while stuck at home during the COVID-19 outbreak.

At one point, Serena cautioned, “Do not injure yourself doing this.” At another, she said: “If you have bad knees, like me, use a pad.”