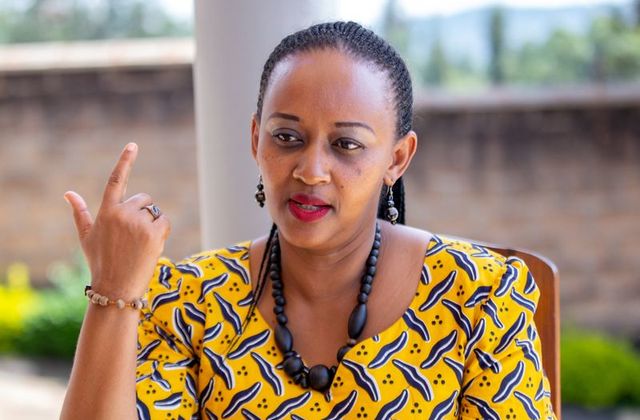 One balmy Sunday evening in Kigali a lifetime ago, an 18-year-old girl at the Catholic Christus Centre sang hymns while sneaking glances at a Felicien Kabuga, a powerful businessman from her neighbourhood.

During Rwanda’s genocide four years later, the militias he is accused of backing would kill almost her entire family.

So Dimitrie Sissi Mukanyiligira, now a 48-year-old mother of five, was overjoyed when she heard that Kabuga had been arrested in France this Saturday. He’d spent more than a quarter of a century on the run after a U.N.-backed tribunal indicted him for financing Hutu militias who killed 800,000 Tutsis and moderate Hutus in 1994.

Among the dead: Mukanyiligira’s two brothers, cut down with machetes, and her sister, killed by a grenade as she sought refuge in a hospital. Kabuga is accused of buying machetes and firearms for the death squads.

“He did not kill one or two. He killed all of them,” she told Reuters. “Imagine if people were going to kill but didn’t have machetes. Providing cash, founding the RTLM (Radio Television Libre des Mille Collines). RTLM journalists were calling people in the morning asking them to check house roofs for Tutsi hiding there.”

NYK Daily has not been able to find any public comment made by Kabuga over the years about the charges.

But Mukanyiligira remembers Hutu militia members coming in and out of Kabuga’s house in her neighbourhood.

“The recruits were going in that house and then when they came out they were clad in uniforms. Very excited,” she said. “Some of the recruits were my primary school classmates.”