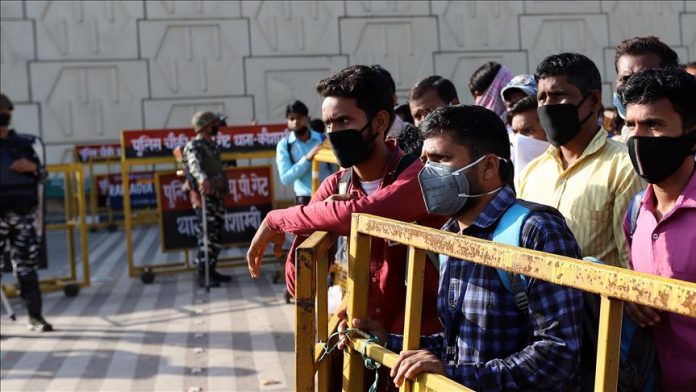 The Delhi government on Thursday de-contained three red-zones in South-East and East district after no new case emerged from there in the last four weeks.

Vardhaman Apartments in Mayur Vihar Phase 1 and Mansara apartment in Vasundhra enclave in Delhi”s East district and E-block in East of Kailash in South-East district have been de-contained.

Earlier on Thursday, Chief Minister Arvind Kejriwal, in a series of tweets, said: “In order to prevent the spread of coronavirus, we implemented operation SHIELD in the Vardhaman Apartments.”

“In the last four weeks, no new cases have been reported from there and today, we de-contained the Vardhaman Apartments. This was only possible with the help of the people.”

Vardhaman Apartments in Mayur Vihar Phase 1 Extension in the East district was made a containment zone on April 2.

Mansara Apartments in the Vasundhara Enclave, the first de-contained red zone in the city, was made the containment zone on March 31 after one person tested positive for coronavirus.

On April 24, the Delhi government had de-contained the red zone for coronavirus in the Vasundhara Enclave area, also in the East district, after no new cases were reported from the area.

After an area is announced as a containment zone by the district administration, the Delhi government starts ”Operation SHIELD” – Sealing, Home Quarantine, Isolation and Tracking, Essential Supply, Local Sanitisation and Door-To-Door Checking – in the area to contain the spread of the infection.