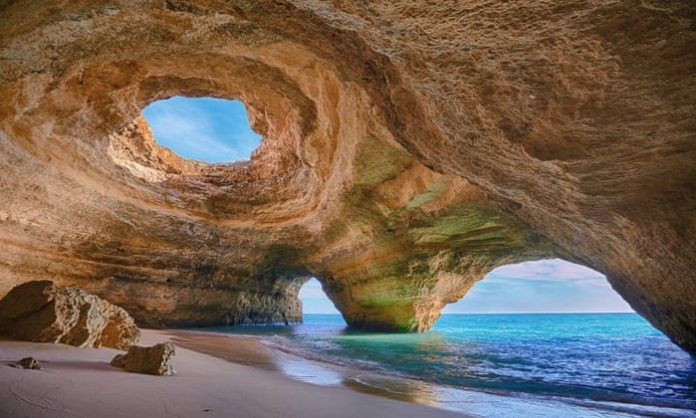 Portugal will reopen its beaches on June 6, prime minister Antonio Costa said on Friday, and he encouraged the public to download an app that will tell them if their beach of choice is full or still has space.

Groups must stay 1.5 metres apart, deck-chairs may only be booked for the morning or afternoon, and beach sports of two people or more will not be allowed, according to the new rules.

But the police will not be keeping watch, Costa said, urging people to adhere to the measures by themselves. “Beaches should be places of leisure,” Costa said. “We have to be checking ourselves.”

The Portuguese Agency for the Environment has developed an app that will use real-time mobile phone data and numbers submitted by beach businesses to establish how many people are on beaches at any given time.

The government is working with phone operators to collect data not just on the number of people on the beaches but also how spread out they are, Costa said.

The country is due to launch the second phase of a sector-by-sector plan to reopen the economy on Monday, with restaurants, museums and coffee shops reopening at reduced capacity and schools resuming for some year groups.

Portugal allowed smaller shops to open and lifted travel restrictions on May 4, but the spread of the virus does not appear to have accelerated, according to data from the ministry of health.

The virus reproduction rate – dubbed ‘R’ – was 0.94 two weeks ago and remains below 1 at 0.97, with the number of people in hospitals and intensive care unit beds varying by just a few percentage points.

Portugal has reported 28,583 confirmed cases of the new coronavirus and 1,190 deaths, a very low toll in contrast with neighbouring Spain’s 27,000 fatalities.

The lockdown has reversing the economy’s growth trajectory to a 3.9% contraction in the first quarter compared with the same period last year, data from the National Institute of Statistics (INE) showed on Friday.

“Unemployment has increased very significantly. That’s why it’s important we follow these measures … so people have the confidence to go back out,” Costa said.

The slide in GDP was largely due to a big drop in tourism, with the number of people staying in holiday accommodation falling by 60% in March and 18% in the first quarter as a whole compared with the figures for last year, INE’s data showed.

“It’s going to be tough… The costs are all still there but revenue will only return very gradually,” Jose Theotonio, CEO of the country’s biggest hotel group Pestana, which is due to re-open some of its 71 closed hotels in June, said on Friday.