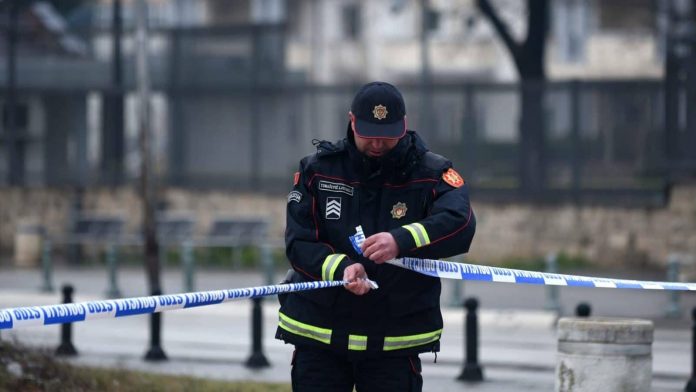 Montenegrin police clashed on Wednesday with dozens of hardline believers of the Serbian Orthodox Church in the northern city of Niksic who were protesting the detention of a bishop and priests charged with violating coronavirus-related restrictions.

Police used stun grenades and pepper spray to disperse the protesters, who demanded the release of Bishop Joanikije and seven priests who were taken for questioning on Tuesday, after a procession that was held despite a ban on public gatherings imposed in March to curb the spread of the coronavirus.

Several protesters were taken away by police, a Reuters witness said.

Similar protests have been held in the Montenegrin town of Pljevlja where police also used teargas to disperse the crowd, the Podgorica-based Vijesti TV reported

The protest in Niksic follows months of tensions between the Serbian Orthodox Church and the government over a law passed in December allowing Montenegro to seize some religious property.

Nikola Janjusevic, deputy director of Montenegro’s police, said the clergymen were taken for questioning after failing to seek a permit for a procession against the religion law.

“No one informed police the procession would be held,” Janjusevic told state-run RTCG TV earlier in the day.

The church fears the religion law could be used to target its assets and status, while the government has accused Serbia and Russia, which are closely aligned with the church, of using it to undermine Montenegro’s independence.

A pilgrimage in a neighbouring diocese was held without tensions on Tuesday. Montenegro eased some restrictions on religious gatherings, but requirements for two-metres distance and the wearing of surgical masks remained.

The Serbian Orthodox Church is the largest Christian denomination in Montenegro, a country of 620,000 people, which is a NATO member and a candidate to join the European Union. The church has about 12 million followers, mainly in Serbia, Bosnia and Montenegro.

So far Montenegro has reported 324 cases of coronavirus infections and nine deaths, far less than its neighbours where dozens, and in some cases hundreds have died.