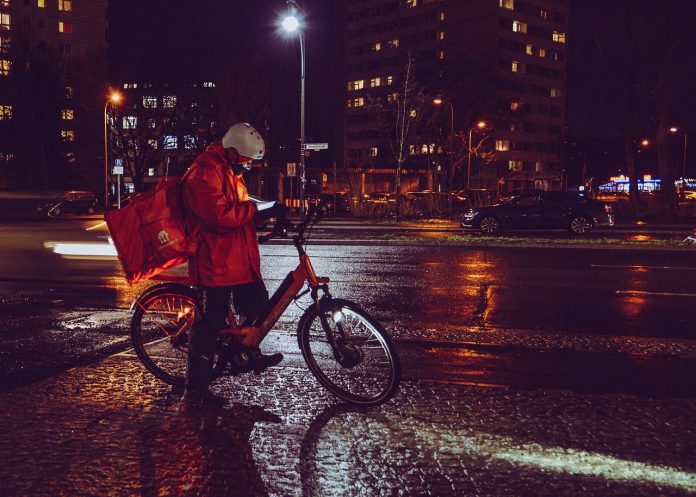 We take many stuffs for granted these days, never recognizing how great we have it. Past generations did not have many of the benefits that we use every day. Transportation is one area that has improved drastically over the decades and changes have influenced many areas of life, including the speed at which we receive packages. Evolution of transportation methods has transformed the courier service industry, making it faster and more convenient than ever before.

Couriers have been around for thousands of years, the earliest being runners, horseback riders, and trusty homing pigeons that delivered messages in what was then considered a timely manner.

In ancient history, messages were hand-delivered using a diversity of styles, including runners, homing pigeons and riders on horseback. Before the initiation of mechanized courier services, foot messengers physically ran miles to their destinations. Xenophon attributed the first use of couriers to the Persian prince Cyrus the Younger.

Famously, the Ancient Greek courier Pheidippides is said to have run 26 miles from Marathon to Athens to bring the news of the Greek victory over the Persians in 490 BCE. The long-distance race known as a marathon is named for this run.

Starting at the time of Augustus, the ancient Greeks and Romans made use of a class of horse and chariot-mounted couriers called anabasii to quickly bring messages and commands long distances. The word anabasii comes from the Greek αναβασις (adscensus, “mounting”). They were contemporary with the Greek hemeredromi, who carried their messages by foot.

These were the days before mechanized transport was available so foot messengers ran for miles to reach their destinations, with very little reward. Even independent messengers of royal courts during the Middle Ages were poorly paid for all their travels.

This industry played a prominent role in many historical events in American history including the settler migration westward and the gold rush era. Small courier companies were established during the late 19th century, using stagecoaches to carry secret messages to homes where phone service was not yet available. Some couriers delivered packages, luggage, or even gold. The Pony Express was next erected to transport these items more quickly.

The discoveries of trains and cars took this industry to the next level. Once regional highways were built, couriers could travel across the country via continuous blacktop with packages in tow. Bicycle and motorcycle couriers began leaping up in large cities, transporting documents and other packages from one end of town to the other. Airplanes were ultimately hired to deliver packages quickly over the longest distances.

Mail-order retail industry and increasing postal rates caused couriers to broaden and become more competitive. The lines between transport methods obscured, with couriers performing some of the same services as trucking transport businesses and even the U.S. Postal Service. The largest commercial couriers increased the speed of their package delivery and smaller services offered a wider array of services to meet local needs.

Today, the courier industry is valued at approximately $59 billion, a figure that foot messengers never penetrated. Businesses in nearly every direction use these transport services to send documents and packages to each other or consumers. Millions of private customers use carriers to move letters, gifts, and other things to each other across the country and the earth.