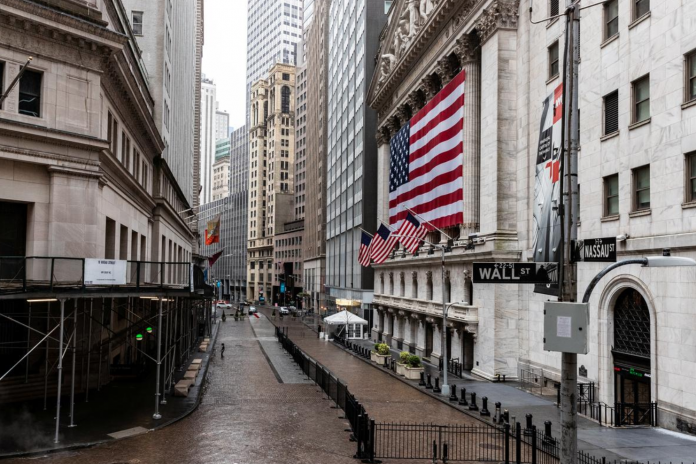 Crude prices rose and a gauge of global equities broke out of a three-week trading range on Wednesday as investors bet on a rapid recovery from the coronavirus-induced recession.

Oil prices climbed 3%-4% on signs of improving demand and a drawdown in U.S. crude inventories, while a surge in Facebook Inc (FB.O) and Amazon.com Inc (AMZN.O) to record highs lifted the Nasdaq to within 5% of its all-time peak.

The markets are expecting economic recovery sooner rather than later, though there is a risk the slowdown isn’t as temporary as some think, said Michael Arone, chief investment strategist at State Street Global Advisors in Boston.

“There’s a view that as the economy reopens there hasn’t been, so far, a resurgence in the hospitalization rates and that perhaps some of the ‘worst-ever’ data that we’ve seen will soon be behind us,” Arone said.

The pan-European STOXX 600 index rose 0.98% to close just shy of a three-week high, led by the tech, chemicals and energy sectors.

Federal Reserve policymakers re-upped a pledge to keep interest rates near zero until they are confident the U.S. economy is on track to recovery, a detailed summary of their most recent policy-setting meeting showed.

The euro extended gains on Monday’s French-German proposal for a 500 billion euro common fund that could move Europe closer to a fiscal union.