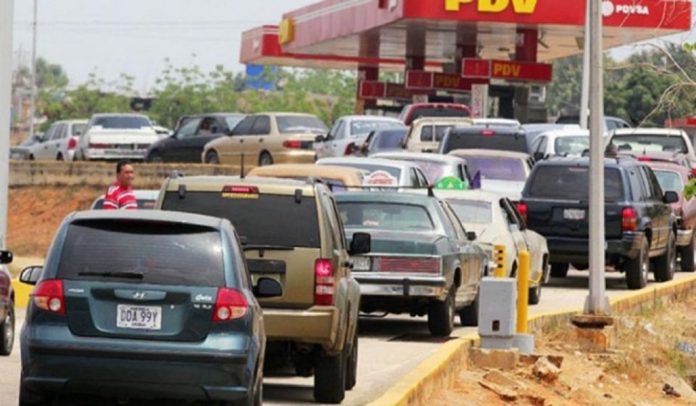 At least five Iranian tankers carrying fuel are currently en route to gasoline-starved Venezuela, which has the world’s largest crude reserves. The United States, which maintains sanctions on both OPEC members, is weighing a response to the supply.

Below is a summary of the factors contributing to Venezuela’s gasoline shortage:

State oil company Petroleos de Venezuela’s [PDVSA.UL] refinery network has the capacity to produce 1.3 million barrels per day (bpd) of fuel. But after years of underinvestment and lack of maintenance, those refineries processed just 101,000 bpd of crude and produced just 7,000 bpd of gasoline in March, according to an internal PDVSA document.

The South American country’s gasoline consumption has dropped significantly in recent months due to a quarantine designed to stop the spread of the coronavirus. Authorities are distributing just 30,000 bpd of gasoline to service stations across the country, according to an industry source, compared with pre-lockdown consumption of about 170,000 bpd.

In recent years, PDVSA has accepted imported fuel as payment for its crude exports. But these so-called swaps with its main partner, its U.S. refining subsidiary Citgo, were interrupted when the Trump administration sanctioned PDVSA in January 2019 as part of its bid to oust Maduro, a socialist.

Since then, Washington has also pressured PDVSA’s other trade partners, such as Spain’s Repsol (REP.MC), Italy’s Eni (ENI.MI) and India’s Reliance, not to supply gasoline, though they had been given permission to ship diesel, which is seen as necessary for distribution of food and other vital goods.

The shortages grew far more severe after Russia’s Rosneft (ROSN.MM), which in 2019 became the main intermediary for Venezuela’s crude and its main fuel supplier, halted operations in the country in March, after Washington sanctioned two of its trading units for dealing with Venezuela.

IS THE GOVERNMENT TRYING TO IMPROVE THE SITUATION?

PDVSA is trying to restart the catalytic cracking units – which are fundamental for gasoline production – at the 146,000 bpd El Palito refinery and the 310,000 bpd Cardon refinery , which has received materials to help its restart via plane shipment from Iran.

In addition to the pending imports of fuel from Iran, the country received a 150,000-barrel shipment of gasoline in late April from Maroil Trading, a Venezuelan fuel magnate who in 2002 had come to late President Hugo Chavez’s rescue by shipping gasoline to the country during a PDVSA strike.