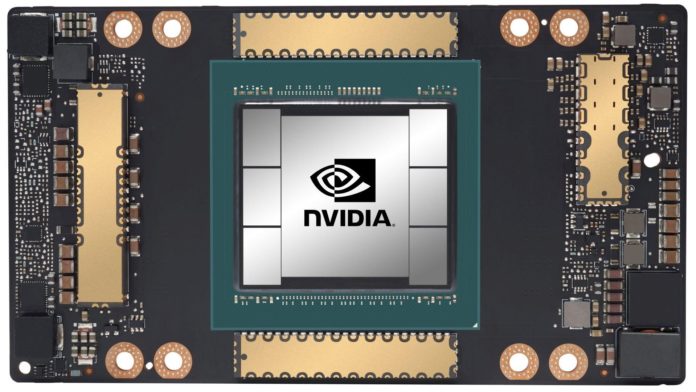 (IANS) Amid surge in demand for cloud computing due to the COVID-19 pandemic, graphics giant Nvidia on Thursday said its first GPU based on the Ampere architecture, A100, is in full production and shipping to customers worldwide.

The A100 is also built for data analytics, scientific computing and cloud graphics, according to an announcement made at the GPU Technology Conference (GTC).

At the core of NVIDIA Founder and CEO Jensen Huang”s talk was a vision for how data centres, the engine rooms of the modern global information economy, are changing, and how Nvidia and Mellonox, acquired in a deal that closed last month, are together driving those changes.

“The data center is the new computing unit,” Huang said, adding that NVIDIA is accelerating performance gains from silicon, to the ways CPUs and GPUs connect, to the full software stack, and, ultimately, across entire data centres.

Nvidia A100 provides the greatest generational performance leap of NVIDIA”s eight generations of GPUs, Huang said, adding that it is in full production and shipping to customers worldwide.

The A100, and the Nvidia Ampere architecture it”s built on, boost performance by up to 20x over its predecessors, Huang said.

Original plans for the keynote to be delivered live at Nvidia”s GPU Technology Conference in late March in San Jose were upended by the coronavirus pandemic.

In his address recorded from the kitchen of his California home, Huang explained that Nvidia is working with researchers and scientists to use GPUs and AI computing to treat, mitigate, contain and track the pandemic.

“Researchers and scientists applying Nvidia accelerated computing to save lives is the perfect example of our company”s purpose  we build computers to solve problems normal computers cannot,” Huang said.

These new tools arrive as the effectiveness of machine learning has driven companies to collect more and more data.

“That positive feedback is causing us to experience an exponential growth in the amount of data that is collected,” Huang said.

To help organizations of all kinds keep up, Huang announced support for NVIDIA GPU acceleration on Spark 3.0, describing the big data analytics engine as “one of the most important applications in the world today.”