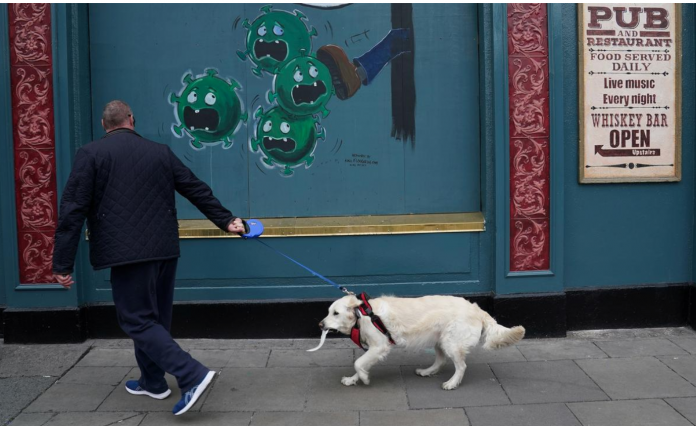 Northern Ireland gently eased its coronavirus restrictions on Monday, allowing small groups to meet outside and churchgoers to pray alone, broadly keeping pace with Ireland where a partial lifting of the lockdown began.

The British-run region last week laid out a five-stage plan for easing the lockdown similar to Ireland’s, but its omission of any dates for action raised the chances of different parts of the island reopening at different times.

The United Kingdom’s constituent parts of Scotland, Wales and Northern Ireland have taken a more conservative approach than England after Prime Minister Boris Johnson encouraged some people to return to work last week.

The devolved government’s decision on Monday to ease the measures meant both jurisdictions on the island of Ireland entered the first phase of their exit plans in step with each other as garden centres and golf courses reopened on both sides of the open border.

Outdoor work at building sites, already allowed in the north, resumed in the Irish republic. Photographs of long queues at reopened hardware stores in Dublin were shared on social media, but these were mainly to comply with in-store distancing requirements. The Retail Ireland industry group reported that its members had experienced “brisk but manageable trade”.

The number of confirmed cases in Northern Ireland rose by 16 to 4,401, with related deaths up six to 482. In Ireland, which has two and a half times the population and has tested more than six times as many patients, cases increased by 88 to 24,200.

It was the second day in a row where the number of cases fell below 100, and the four related deaths were the lowest number of daily reported fatalities since March 27, the day Ireland announced its lockdown.

Ireland’s Chief Medical Officer Tony Holohan said only two of those deaths had occurred over the weekend, with the other two dating back to April.

If the number of new cases remained at the current low level by the middle to end of next week, he said he would be increasingly confident that Ireland could enter phase two of its reopening plan, among the most conservative in Europe, as scheduled on June 8.