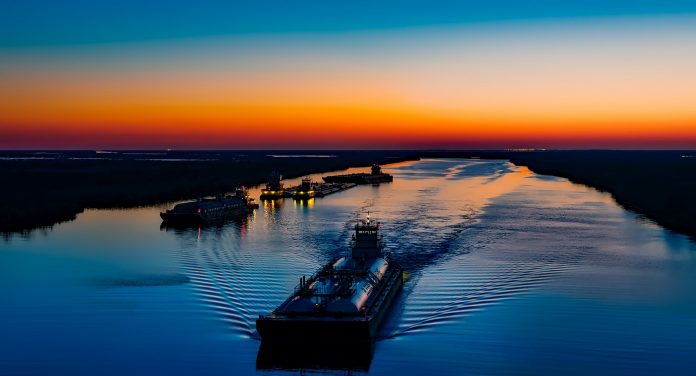 New waterways between Tripura and Bangladesh would start within three months and it would boost trade and numerous economic activities, Tripura Chief Minister Biplab Kumar Deb said on Friday.

Deb said that a temporary jetty would be built at Sonamura in western Tripura within three months before starting the new waterways through Gomati river between Tripura and Bangladesh. “After operating the small vessels to carry various goods during the monsoon season, dredging for operating big vessels and ships would start in the Gomati river during the winter season,” Deb told the media during his day-long visit to the bordering sub-division Sonamura.

An official of Tripura’s Transport Department said that to operate vessels smoothly between Tripura and Bangladesh, 18 km waterways (15 km in Bangladesh territories and 3 km in Tripura territories) in the Gomati river would require dredging.

The Gomati river, one of the eight rivers of Tripura flows to Bangladesh, linked with Meghna, one of the major rivers in the neighbouring country. The Chief Minister’s announcement came a week after India and Bangladesh have added five more “ports of call” on either side and increased the protocol (water) routes from 8 to 10.

The Second Addendum to the Protocol on Inland Water Transit and Trade was signed in Dhaka on May 20 by Indian High Commissioner in Bangladesh Riva Ganguly Das and Bangladesh Shipping Ministry Secretary Mohammed Mezbah Uddin Chowdhury.

In the Second Addendum, Sonamura (Tripura)-Daudkhandi (Bangladesh) stretch (93 km) of the Gomti river was included as IBP route number 9 and 10 in the protocol and it would improve connectivity of Tripura and adjoining northeastern states of India with Bangladesh’s economic centres and would help the hinterland of both the countries.

There are six “ports of call” each in India and Bangladesh. In the new agreement five more “ports of call” on the Indian side — Dhulian, Maia, Kolaghat, Sonamura and Jogigopha and equal number on the Bangladesh side — Rajshahi, Sultanganj, Chilmari, Daudkandi and Bahadurabad – have been included.

Two more extended ‘ports of call’ — Tribeli (Bandel) and Badarpur in India and Ghorasal and Muktarpur in Bangladesh have been added.

An official release issued by the Indian High Commission in Bangladesh said that to boost trade, economic activity and connectivity, India and Bangladesh have extended the water connectivities and waterways between the two neighbours.