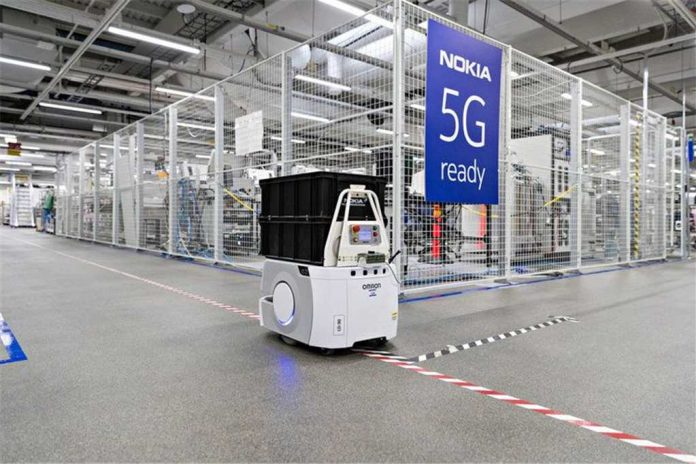 Nokia said the 5G speeds in tests conducted with the use of the company”s commercial 5G software and hardware reached 4.7 Gbps.

EN-DC allows devices to connect simultaneously to 5G and LTE networks, transmitting and receiving data across both air-interface technologies.

This means devices can achieve a higher throughput than when connecting to 5G or LTE alone. The speeds were achieved on both 5G cloud-based (vRAN) and classic baseband configurations.

The tests were performed on base station equipment being deployed in major U.S. carriers” commercial networks.

“This is an important and significant milestone in the development of 5G services in the US, particularly at a time when connectivity and capacity is so crucial,” Tommi Uitto, President of Mobile Networks at Nokia, said in a statement.

“It demonstrates the confidence operators have in our global end-to-end portfolio and the progress we have made to deliver the best possible 5G experiences to customers,” Uitto said.

This solution will not only provide subscribers with unrivalled mobile broadband speeds, but also enable carriers to sell various latency-sensitive enterprise services, such as network slicing for mission-critical applications, Nokia said.