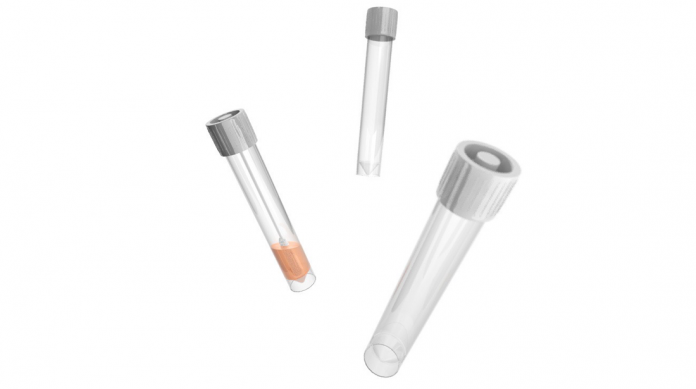 The shortage of diagnostic tests has hampered the U.S. response to the COVID-19 pandemic, which has killed more than 63,000 people in the country and infected more than 1 million.

Widespread diagnostic testing for active cases, and antibody testing to determine who has already been infected, will help state and local officials decide when and how to lift stay-at-home restrictions and allow people to go back to work. But most experts agree the current capacity falls far short.

The top U.S. infectious disease expert Anthony Fauci said the U.S. needed to double the current testing rate of 1.5 million to 2 million tests a week. A report by Harvard University’s Edmond J. Safra Center for Ethics says the U.S. needs to be able to test 5 million people per day to safely begin reopening by June.

As of April 29, the U.S. had performed just over 6 million diagnostic tests for the novel coronavirus since the outbreak began.

Diagnostic tests have been in short supply in the U.S. since the start of the outbreak. Healthcare officials initially relied on test kits prepared by the Centers for Disease Control and Prevention, some of which proved faulty. The Food and Drug Administration (FDA) did not approve other tests until Feb. 29, more than five weeks after discussions with outside labs had begun.

In the weeks since, the FDA has cleared diagnostic tests developed by manufacturers and labs, but intermittent shortages in key supplies have created bottlenecks along the testing pipeline.

Manufacturers have increased production, but they’ve been hampered by a lack of components. New York has been the state hardest hit by the coronavirus, with over 300,000 cases, and Governor Andrew Cuomo has called on the federal government to oversee the acquisition and production of critical supplies so states are not competing with one another for materials. The federal government plans to send enough swabs and related equipment to all 50 states to cover screening of at least 2% of the population.

It appears the drought of testing is starting to improve in some places. Los Angeles has announced that COVID-19 diagnostic testing will be available to all residents free of charge, whether they show symptoms or not. Los Angeles County is home to the highest number of cases in California, with over 23,000. The drive-in testing locations feature self-collection kits with oral swabs and results delivered in a few days.

To understand the complexity involved in the testing process, the steps for the two predominant tests — diagnostic and antibody — are broken down below.

A Polymerase Chain Reaction (PCR) test is the most common way to determine if the virus is still present. This test works for both symptomatic and asymptomatic people.

A specialized sterile swab is inserted far into a patient’s nasal cavity to collect a sample at the nasopharynx, the upper part of the throat behind the nose, where the virus is most likely to be found. Healthcare workers who collect specimens all wear personal protective equipment to avoid infection.

The swab is placed in a vial for transport to the lab, with a sterile liquid at the bottom that receives the cells collected. The majority of PCR testing is still done by shipping samples to labs for diagnosis. But newer tests allow for sample collection and testing to take place on site, and results can be available in a matter of hours.

Once in the lab, chemical reagents are used in two steps — first to extract only the coronavirus genetic material from the liquid in the transport vial. Next, the isolated material is combined with other chemicals to reconstruct and replicate pieces of the coronavirus into high enough concentrations to test against.

Antibody tests are different from the nasal-swab diagnostic tests that show an active infection. They are blood tests intended to determine who at some point has been infected by the virus and now could be immune. Antibodies, disease-fighting proteins formed in the days and weeks after infection, may protect a person from re-infection, at least for a time, although it has not been proven whether that holds true for the new coronavirus.

There are two predominant formats for antibody testing: one using a small kit that is cheaper to produce and can return results in minutes, while the other is analyzed in a lab setting. The lab test is considered to be more accurate, can process many samples at once, and show how many antibodies are present.

The kit format, illustrated below, uses a finger-prick blood sample and simply returns a positive or negative result for the two kinds of antibodies produced throughout the response to the virus.

Nine antibody tests had been approved for emergency use as of April 30, including those made by Ortho Clinical Diagnostics, an established testing company owned by private-equity firm Carlyle Group Inc.