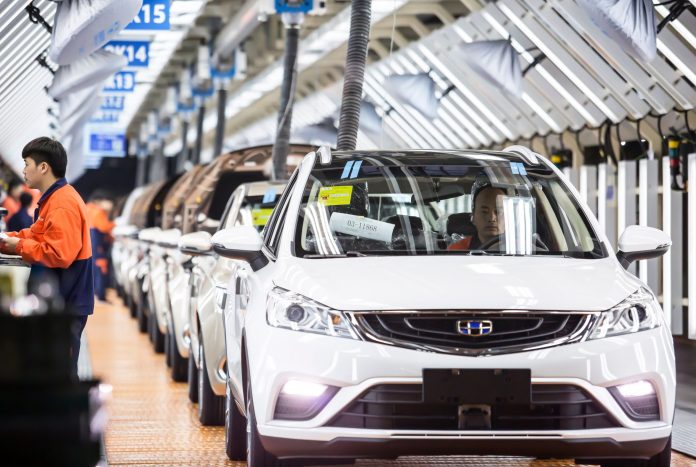 Mexico’s automotive industry can exit the coronavirus lockdown before June 1 if companies have approved safety measures in place, the government said on Friday, seeking to set the record straight after sending out confusing signals on the restart.

The announcement in the government’s official gazette means that from as early as next week automakers can begin reconnecting supply chains between Mexico and the rest of North America, which depends heavily on parts made south of the U.S. border.

“If the process is concluded and approved before June 1, the relevant company or industry will be able to begin its operations,” the government said, warning, however, that companies which put workers’ health at risk would be shut down.

Mexico’s automotive industry wants to get safety protocols in place as quickly as possible despite concerns about bringing production back online too soon.

On Wednesday, the government of President Andres Manuel Lopez Obrador indicated the auto sector would start reopening on Monday, and published advice to that effect in its gazette.

The government later withdrew that advice without clarifying unequivocally whether it would affect the restart dates. Then, on Thursday, it published new instructions indicating the industry would not be allowed to reopen until June 1.

Senior U.S. politicians and auto companies have pressed the Mexican government to reopen factories, and the conflicting statements stirred concern about disruptions.

Fausto Cuevas, director general of Mexican automaking lobby AMIA, said his members aim to be able to tell suppliers by the weekend that they are meeting the new safety requirements.

“The sooner we can align ourselves with our trading partners in the U.S. and Canada, the closer we’ll be to resolving this situation (coronavirus) created,” he told a Senate committee.

The U.S. Motor & Equipment Manufacturers Association on Friday thanked Lopez Obrador for his efforts to ramp up vehicle and parts production in Mexico, and said its members were working to put in place the safety protocols.

“Allowing motor vehicle parts manufacturing to take steps toward reopening will be a critical component to economic recovery,” it said in a statement.

An industry source said the decision was taken due to a lack of parts from Mexico. Daimler has not clarified that.

General Motors Co (GM.N) Chief Financial Officer Dhivya Suryadevara said the situation would be “fluid” up to the restart, but that the company aimed to start a majority of its operations next week under strict safety measures.

The coronavirus outbreak is still intensifying in Mexico, with new infections and confirmed deaths reaching their highest daily totals this week. Mexico registered its first confirmed cases weeks after Canada and the United States.

The health crisis has worried some in Mexico, including a few lawmakers in the president’s National Regeneration Movement (MORENA), that the government is moving too quickly to reopen.

At the same time, parts of the auto industry had begun preparing for a restart on Monday, saying they regarded the government’s statement pointing to May 18 as having legal force.

Lopez Obrador said on Friday that according to experts’ projections, the pandemic would begin easing in the worst-hit areas of the country in the coming days.

“We’re seeing the light at the end of the tunnel to return to the new reality,” he said in a regular news conference.

Friday’s government directive referred to manufacturers of transportation equipment, as well as the mining and construction industries, which the government has designated essential.