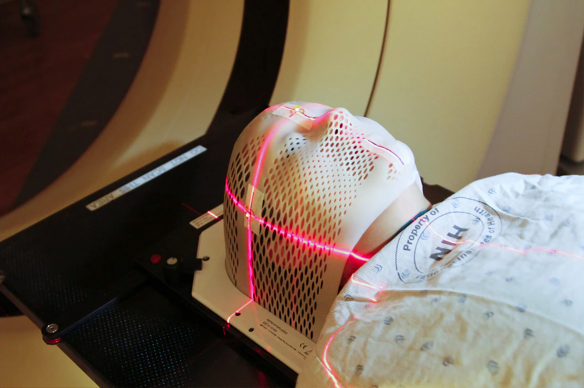 Light therapy has been used for years to treat cancer. A coalition of researchers and doctors has agreed that light therapy is one of the most effective interventions for preventing oral mucositis or painful oral ulcers following cancer therapy. The new strategies come from the Multinational Association for Supportive Cancer Care (MASCC) and the International Society of Oral Oncology (ISOO). Light therapy for cancer treatment is now more used than ever. Harnessing the power of light enables Sutter Health Network Dermatologists to treat your skin disorder in a unique way. Regular light therapy sessions can help cure psoriasis, eczema, actinic keratosis, acne, vitiligo, scleroderma, and various types of skin cancer. Hence, light therapy for skin problems is becoming popular.

However, phototherapy is only effective when light is easily accessible, limiting its use to skin cancer and in areas reachable with an endoscope, such as the gastrointestinal tract.

Using a mouse cancer model, researchers from the University of Washington School of Medicine in St. Louis and the Siteman Cancer Center developed a way to apply therapy with light to deep tissue never accessible before. Instead of shining external light, they provided light directly to the tumor cells, as well as a photosensitive source of free radicals that light can activate to destroy cancer. And they have accomplished this by using materials already approved for use in cancer patients. The study appears on March 9 in the journal Nature Nanotechnology.

“Phototherapy works very well and has few side effects, but it cannot be used for deeply buried or metastatic tumors,” said lead author Samuel Achilefu, Ph.D., professor of radiology and biomedical engineering at the University of Washington. “In general, the exposure of photosensitive materials generates free radicals which are very toxic and cause cell death. But the technique only worked well when light and oxygen could get there. the surface penetration of light into tissue has seen limited progress in this area for decades.”

The light source used by the researchers is based on a phenomenon called Cerenkov radiation, identified in the 1930s by Pavel Cerenkov, who later won the Nobel Prize in physics for its discovery. Cerenkov’s radiation is responsible for the blue glow characteristic of underwater nuclear reactors. It also occurs during positron emission tomography (PET) scans that doctors use to diagnose cancer.

Issued in the journal of Supportive Care in Cancer, the guidelines recommend photobiomodulation, a form of low-dose light therapy for cancer (prevention of oral mucositis caused by light therapy). Oral mucositis is often named as the worst adverse event for cancer treatment in many patients.

The review was chaired by Zadik Yehuda, DMD, Full Professor, School of Dentistry, Hebrew-Hadassah University, and Sharon Elad, DMD, Chair of ISOO Study Group on Mucous. Together with 14 other global experts, they evaluated hundreds of published research articles on photobiomodulation therapy for oral mucositis.

According to Praveen Arany, DDS, Ph.D., corresponding co-author, the guidelines recommending photobiomodulation therapy represent an important step for the field. “We are poised that it will pave the way for several exciting clinical applications for photobiomodulation therapy, concussions, and wound healing to exciting new work with regenerative medicine and stem cells,” said Arany in a statement from hurry.

Light therapy for cancer has been around for decades, but technological improvements have made the action more reasonable for broader use. At a lower cost, it has the ability to relieve pain or inflammation and promote healing, according to the study.

Among other discoveries, the researchers recognized 5 new protocols, endorsing light therapy for cancer patients (oral mucositis in stem cell transplant), and patients with head and neck cancer receiving radiotherapy with or without chemotherapy. No significant short-term adverse reactions from phototherapy have been reported. The therapy could serve as an alternative to opioids, often prescribed to relieve symptoms of oral mucositis, said Arany. More studies are required to verify the efficiency of phototherapy in the management of oral mucositis in pediatric cancer patients, and in adult cancer patients receiving chemotherapy only, the authors concluded.

These forms of cancer treatment are essential to reduce the burden of cancer. Some complications from these treatments include pain from oral mucositis. This not only has a substantial effect on the quality of life but often requires opioid treatment. The pain and distress can be so severe that it can even stop treatment, which can be fatal. There is no targeted treatment for this condition. We commonly use a mouthwash, which relieves symptoms. Again, there is increasing evidence of the use of light therapy based on precise biological mechanisms.

This treatment has been revealed to moderate various biological signalling pathways in cells, resulting in a positive response, such as pain relief or inflammation. Furthermore, a laboratory has discovered a mechanism that involves the direct stimulation of a growth factor capable of regulating wound healing and tissue regeneration. A combination of these responses is responsible for therapeutic oral mucositis pain.