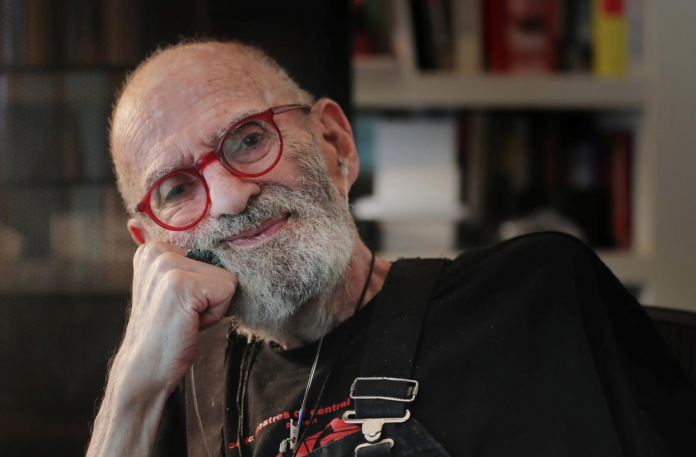 Larry Kramer, an author, playwright and film producer who helped shape U.S. healthcare policy with his early advocacy of a national response to AIDS when it first emerged in the 1980s, died on Wednesday at 84.

Kramer, who co-founded the ACT UP movement that made AIDS a national issue, died of pneumonia after enduring illness for much of his life, including his own battle with the immunodeficiency disease, his close friend, Will Schwalbe, said by phone.

Schwalbe, who also served as Kramer’s literary executor, said his friend’s death at a New York hospital was not related to the COVID-19 pandemic.

Kramer, whose works include the award-winning 1985 play, “The Normal Heart,” established himself as a fierce advocate for LGBTQ rights as the gay community, including many of his friends, became afflicted with AIDS, a newly emergent disease in the 1980s.

He co-founded the Gay Men’s Health Crisis (GMHC) organization in 1981 to help AIDS victims before co-founding the more militant ACT UP in 1987.

“Larry Kramer’s activism went beyond country borders,” UNAIDS, the Joint United Nations Program on HIV/AIDS, said in a statement. “His contribution to the global AIDS response was invaluable.”

Despite a lifetime of advocacy during which the U.S. Supreme Court upheld the constitutionality of same-sex marriage, Kramer lamented what he saw as a lack of progress on gay rights and that the fight against AIDS had succeeded only in finding ways to help manage it – but not find a cure.

“People are still getting infected,” he told Reuters Television in an interview last June. “People are still leading lives that are endangering their health and the health of their partners. The government is still treating us terribly.”

“The Normal Heart,” about the AIDS crisis and Kramer’s activism, returned to Broadway in 2011 and was made into an HBO movie starring Mark Ruffalo as Kramer.

Kramer’s 1978 novel “Faggots,” in which he wrote about the sex, drugs, discos and drag queens of New York’s gay male scene in the 1970s, had made him a controversial figure within the LGBTQ community.

Laurence David Kramer was born on June 25, 1935, in Bridgeport, Connecticut. After graduating from Yale University in 1957, he served in the Army, worked at the William Morris Agency and later for Columbia Pictures.

He married architect David Webster, his longtime partner, in 2013.