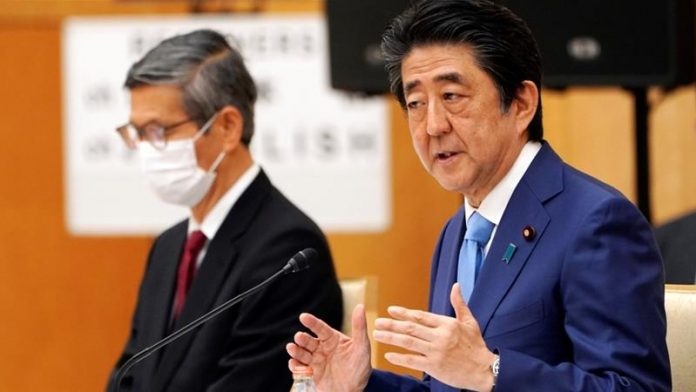 Japanese Prime Minister Shinzo Abe on Monday lifted the countrys nationwide state of emergency, ending restrictions in the remaining areas where the order was still in effect due to the COVID-19 pandemic.

“We had very stringent criteria for lifting the state of emergency. We have judged that we have met this criteria,” the BBC quoted Abe as saying said in a televised address to the nation on Monday.

He said the country had managed to control the spread of COVID-19 since issuing the order in some areas on April 7, then later extending it nationwide.

Japan has been easing restrictions since mid-May, but kept several areas, Tokyo included, under watch to ensure the outbreak had been contained.

Unlike other major economies, Japan has endured a relatively limited outbreak of OVID-19, recording 820 coronavirus-related deaths and 16,550 infections as of Monday.

Initially, Japan was criticised for its handling of the pandemic, prompting the prime minister to declare a state of emergency in metropolitan areas on April 7, later expanding it nationwide.

Monday”s decision came after the number of infections and the situation of the health system in Tokyo, the three neighbouring prefectures of Chiba, Kanagawa and Saitama and the northern Hokkaido, the only ones where the state of emergency remained in effect, reports Efe news.

The group of experts advising the government appreciated the efforts made by citizens to comply with the recommendations to achieve the target of reducing interpersonal contact by 80 per cent, top government spokesperson Yoshihide Suga said at a press conference on Monday.

The recommendation for citizens to avoid unnecessary trips outside and the request for non-essential businesses to close were not mandatory nor accompanied by fines or other penalties for non-compliance, unlike the stricter containment measures implemented in other countries.

The government had already decided to lift the emergency in 39 prefectures on May 14 after they reported a marked decrease in the number of infections, leaving out the more populated regions such as Tokyo and Osaka.

To avoid new outbreaks of the virus, Abe has urged people to become accustomed to a “new lifestyle” that includes maintaining social distancing, the use of masks outside as well as a series of guidelines for the reopening of shops, restaurants and public facilities.