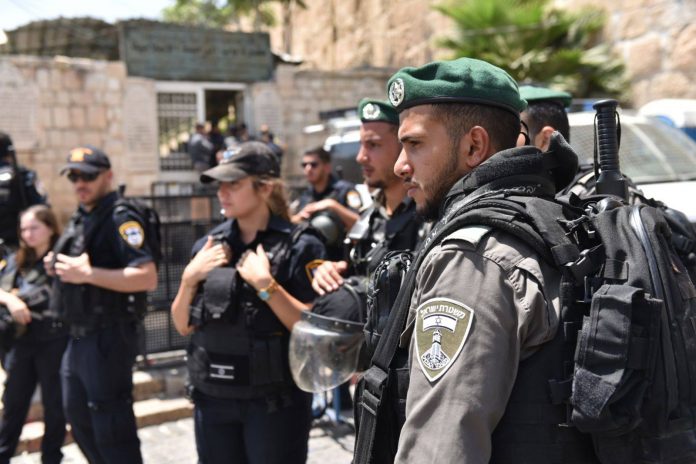 Israeli police arrested over 300 people Tuesday as officers attempted to control crowds that had assembled at a religious site in northern Israel in violation of coronavirus restrictions.

Police said that despite regulations against large assemblies at Mount Meron and police checkpoints on roads near the site, hundreds of religious Jews turned up and some “threw stones and other objects a police officers at the scene.”

Jews observed the holiday of Lag B’Omer, on which ultra-Orthodox Jews customarily gather at the tomb of a prominent rabbi in antiquity on Mount Meron. Celebrations are typically marked with enormous crowds, dancing and the lighting of bonfires.

Thousands of ultra-Orthodox Israelis marked the holiday in Jerusalem with large assemblies despite bans on public gatherings of more than 20 people due to the pandemic.

Israel’s ultra-Orthodox community has been hit especially hard by the coronavirus outbreak. Interior Minister Aryeh Deri said earlier this week that around 70% of the country’s more than 16,500 confirmed cases were ultra-Orthodox, who make up around 12% of Israel’s population.

Israel started easing restrictions on movement and gathering earlier this month. Israel has reported 260 deaths from COVID-19. More than half of those infected in Israel have recovered.

The virus causes mild to moderate symptoms in most patients, who recover within a few weeks, but it can cause severe illness or death, particularly older people and those with underlying health problems.