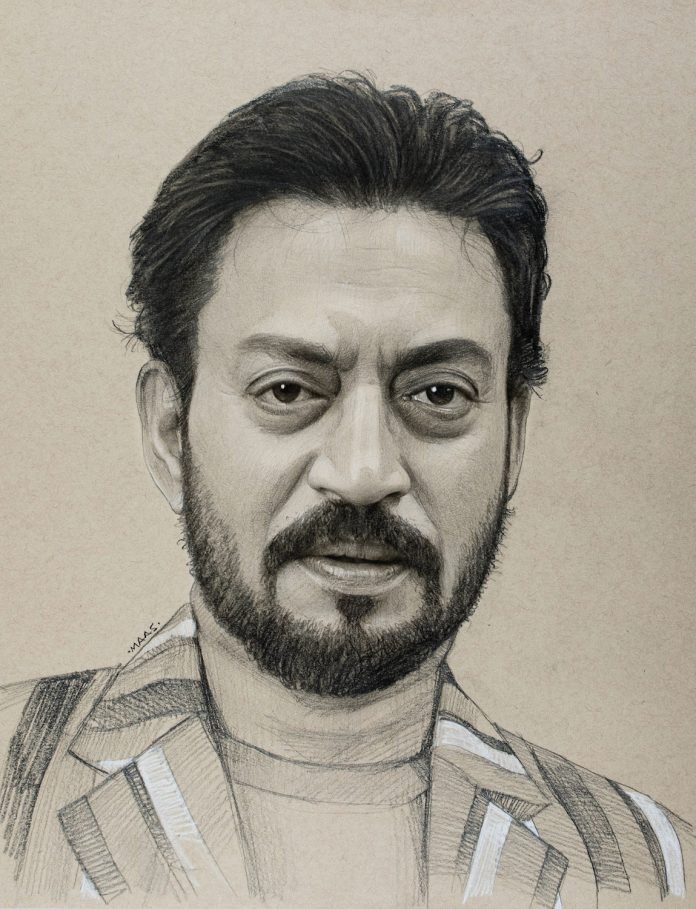 I first remember seeing the great Irrfan Khan in a film called The Darjeeling Limited. If you haven’t seen it, its a silly, weird but quite beautiful movie.  Irrfan had a limited role but I remember thinking “who is this guy” because he made an impact, even in his limited scenes. A year or two later, he made a much bigger impact as one of the stars of Slumdog Millionaire. It was at this point that I decided to find out more about Irrfan  and visited my local movie rental place.  (Note: kids, this is how we watched movies before Netflix!)

Our local shop didn’t have a lot of foreign films but they did have a small Bollywood section and I remember renting a film called “the Warrior”  which I thought Irrfan was terrific in.  I looked up his IMDB page and was amazed just how many roles he had had – and yet I had heard nearly nothing about him here in Canada.

Slowly, I began tracking down various films he was in over the years, some from his homeland of India like Paan Singh Tomar, Hindi Medium and Qarib Qarib   Happily, I also saw him creep up in various western films like A Mighty Heart, The Amazing Spider-Man, Jurassic World and of course, Life of Pi.

Looking back, my favourite Irrfan film is probably the Lunch Box. The whole film is excellent but Irrfan is at his charismatic best in this role.

There are many great actors throughout the world but only a small number are able to transcend their roles; they essentially become the character and we the audience become so invested in their performance that we honestly couldn’t imagine another person in that role.  Actors like Robert DeNiro, Choi Min-sik, Meryl Streep, Sridevi, Morgan Freeman, Ben Kingsley – Irrfan was definitely one such actor.

When i heard about his passing I immediately drew him – only a quick, preliminary sketch – but something i felt i needed to get out. I knew at the time that i would also do a more finished drawing but wasn’t sure if i would use the same reference photo or not.  After doing the quick sketch I realized i really liked this pose so i chose to do the finished drawing with the same reference.

Every time the world loses a talent like Irrfan’s its never quite the same, but we can always look back fondly on his terrific body of work.  Rest in Peace.

Here is the video of the sketch: