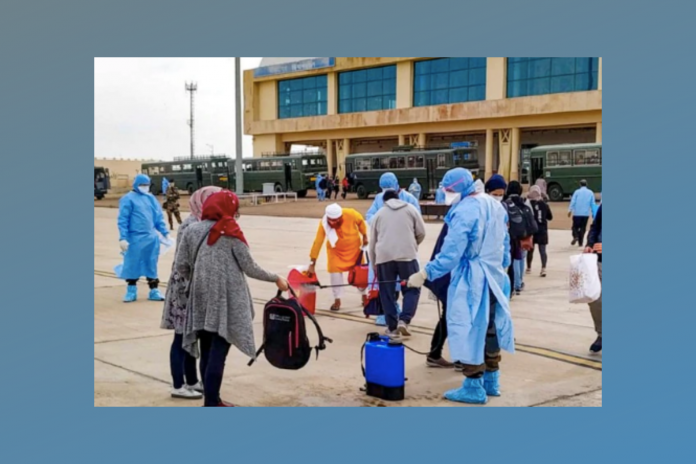 With the nationwide lockdown entering its third phase on Monday, there was some good news for Indians stranded abroad as the Centre has announced to facilitate their return on compelling grounds in a phased manner from May 7 on payment basis.

The Union Ministry of Home Affairs made the announcement, informing that the travel would be arranged by aircraft and naval ships and a standard operating procedure (SOP) has been prepared in this regard.

Indian Embassies and High Commissions are preparing a list of distressed Indian citizens and the facility would be made available on payment basis, a statement issued by the Home Ministry said.

According to the statement, “Non-scheduled commercial flights would be arranged for air travel and the travel would begin in a phased manner from May 7.”

During the journey, all these passengers would have to follow the protocols, such as the health guidelines issued by the Health Ministry and the Civil Aviation Ministry.

“On reaching the destination, everyone would have to register on the Aarogya Setu app. Everyone would be medically screened,” the statement said.

After scrutiny, the passengers would be quarantined for 14 days, either in a hospital or in an institution on payment basis by the concerned state government.

The Home Ministry clarified that Covid-19 test would be done after 14 days and further action would be taken according to health protocols.

The detailed information will soon be available on the websites of the Ministries of External Affairs and Civil Aviation.

“The state governments are being advised to make arrangements, including for testing, quarantine and onward movement of the returning Indians to their respective states,” the statement said.

Since the announcement of the lockdown from March 24 midnight, all international flights were stopped, leaving Indians in foreign lands stranded.