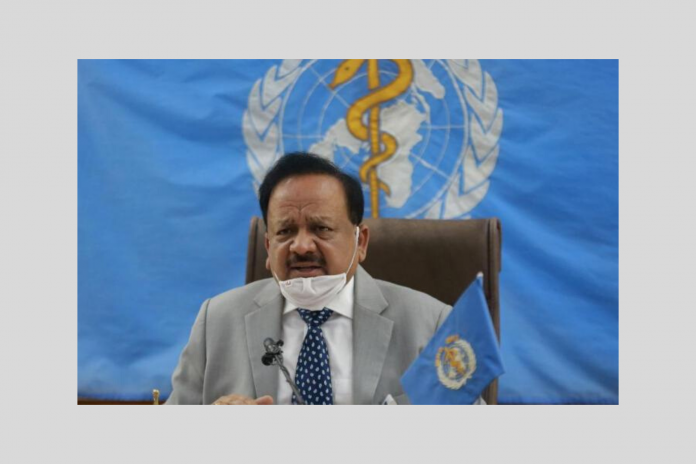 Soon after taking charge as chairman of the WHO”s 34-member Executive Board on Friday, India”s Health Minister Harsh Vardhan said, “I am aware I am entering this office at a time of global crisis on account of this pandemic.”

“At a time, when we all understand that there will be many health challenges in the next two decades, all these challenges demand a shared response,” said the Union Health Minister in his speech at the 147th session of the WHO Executive Board”s meeting after taking charge as Chair.

This comes at a time when the credibility of the World Health Organization (WHO) has plummeted to an all time low and internationally there”s a groundswell for new leadership. This is seen as India filling up the leadership vacuum.

“I feel deeply honoured to have the trust and faith of all of you. India, and my countrymen, too, feel privileged that this honour has been bestowed upon us. I will work to realise the collective vision of our organization, to build the collective capacity of all our member nations and to build a heroic collective leadership,” added Harsh Vardhan.

This all important Executive Board has 34 members who are technically qualified and represent their nations. All of the 34 are designated by their respective governments to the World Health Assembly, which in this case concluded recently. Harsh Vardhan had made a long speech there about India”s response to COVID-19 and how Prime Minister Narendra Modi has shown “leadership” benefiting not just India but the world.

As India”s stature rose internationally, Regional Director for WHO South-East Asia Dr Poonam Khetrapal Singh said, “Dr Harsh Vardhan has assumed this post at a very challenging time. I wish him all the best in steering the Executive Board as it addresses this defining pandemic and other public health issues.”

“The Board meets at least twice a year; the main meeting is normally in January, with a second shorter meeting in May, immediately after the Health Assembly. The main functions of the Executive Board are to give effect to the decisions and policies of the Health Assembly, to advise it and generally to facilitate its work,” is how WHO describes the Board”s job.

The proposal to appoint India”s nominee to the Board was signed by the 194-nation World Health Assembly.

While it has not been a sudden decision since last year itself WHO”s South East Asia group had decided that India would be elected to the Executive Board for three years from 2020, the timing is extremely crucial.

US President Donald Trump has threatened to permanently halt funding for the WHO if it fails to commit to “substantive improvements” within 30 days. In a letter, Trump also accused WHO chief Tedros Adhanom Ghebreyesus of bias towards China and alleged that the “only way forward for the WHO is if it can actually demonstrate independence from China.”

The world health body was forced to give its nod for a coronavirus probe, aimed to investigate China”s alleged role in hiding crucial details of COVID-19 from the world, after 61 countries had moved a resolution at the WHO”s decision-making body asking for an “impartial, independent and comprehensive evaluation”.