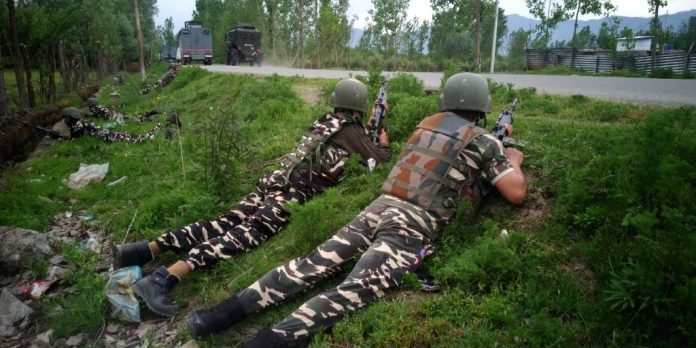 Three CRPF troopers were martyred in action after terrorists attacked a party of the paramilitary force at Handwara in Jammu and Kashmir on Monday, officials said.

According to details, the brief exchange of fire took place at Kralgund area of Handwara. Security forces have cordoned off the area and search for other attackers have been launched.

The attack comes days after a colonel, a major, two soldiers and a police sub inspector besides two terrorists were martyred in an encounter in Handwara.