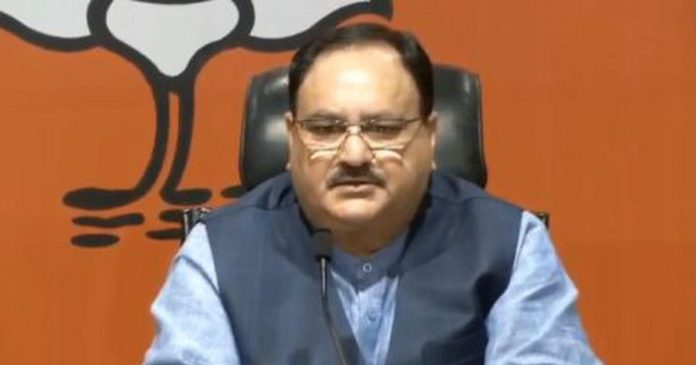 Without naming any party or state, BJP President J.P. Nadda hit out at “opposition-ruled states” on Monday, claiming that BJP workers as well as those who have been critical over the handling of the COVID-19 outbreak on social media have been targeted.

“In the last few days, it has been observed that in opposition-ruled states, the state machinery has been used unfairly to target BJP workers and independent voices on social media, critical of the local government”s handling of Covid. In a vibrant democracy, this is unacceptable,” Nadda tweeted.

He argued that the culture of debate and criticism of those in public life is an integral part of our democratic process. However, using state agencies to silence dissent is unbecoming of those in power, reasoned Nadda.

He also asked the opposition, without naming any political party, that it should adhere to political arguments, when questioned on their alleged failing.

Nadda added, “I want to assure every BJP worker, supporter & well wisher, who is being targeted by those scared of their unprincipled politics getting exposed, that the BJP stands with you. We will defend your right to free speech and resist these tyrannical forces in the democratic framework.”

While it is unclear whether the BJP President had any particular state government or political party in mind, this outburst comes in the wake of two BJP Members of Parliament, one BJP national General Secretary and its national IT Cell head being named in an FIR in West Bengal.