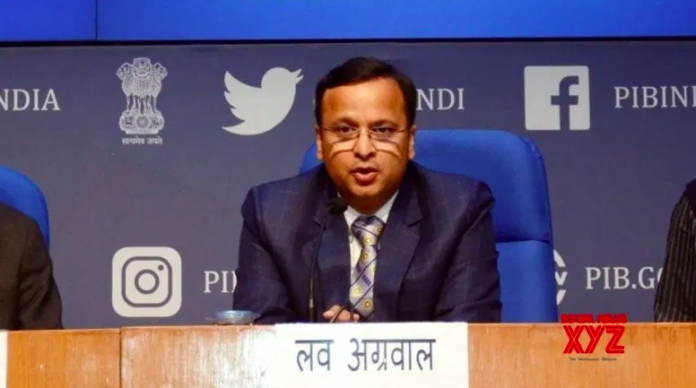 The Ministry of Health and Family Welfare on Tuesday said the recovery rate in Covid-19 cases in the country has been constantly improving on a daily basis.

Speaking at a press conference, Health Ministry Joint Secretary Lav Agarwal said the recovery rate in the country was 7.10 per cent on March 25 when the lockdown was imposed while it is 41.61 now in the fourth phase of lockdown.

He said the fatality rate has also been observed as declining. “Our fatality rate is one of the lowest — 2.87 % as against the global average for case fatality which is around 6.45%. It was 3.3% on April 15 and has now reduced to 2.87 %,” said the Joint Health Secretary.

“The relatively low death figures, both in terms of mortality per lakh population and case fatality rate, represent timely case identification and clinical management of the cases,” he said.

Dr Balram Bhargava, the Director General of Indian Council of Medical Research, who was also present at the presser, said: “India has rapidly increased its testing capacity and is on track to meet the emerging requirements. India is now testing an approximate 1.1 lakh samples per day. Capacity has been increased by augmenting the number of labs, shifts, RT-PCR machines and manpower. As of today, India has 612 labs, 430 run by ICMR and 182 by private sector to test the population of COVID-19 infection.”

Bhargava said most states and UTs have been working with the National Tuberculosis Elimination Program (NTEP) to deploy TrueNAT machines for COVID-19 testing. Indigenous manufacturers of RT-PCR-kits, VTM, swabs and RNA extraction kits have been identified and their production facilitated in the last few months.

The spread of the novel coronavirus was reported among 1,45,380 people on Tuesday. The Health Ministry Data revealed 6,535 new cases and 146 new fatalities in the past 24 hours. As the tally of Covid-19 cases in India touched 1,45,380, it also showed a week of continued spurt in the cases hovering close to 6,000 before almost touching the 7,000 mark.