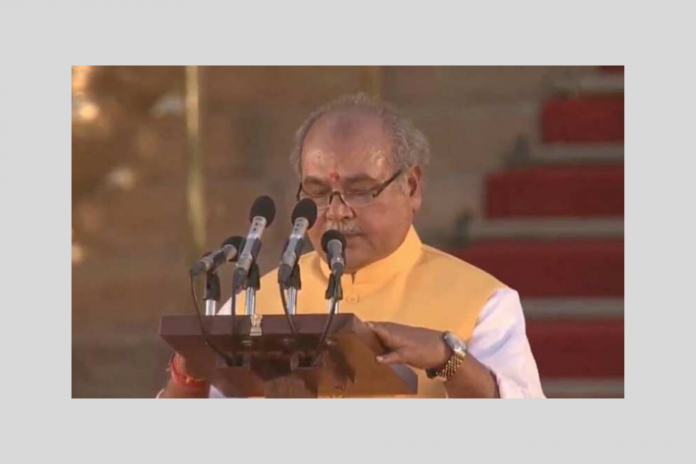 Union Minister of Agriculture & Farmers’ Welfare Narendra Singh Tomar said on Friday beekeeping will be an important factor in achieving the goal of doubling farmers” income.

Addressing a webinar organised by the National Cooperative Development Corporation (NCDC), Tomar said the government has allocated Rs 500 crore towards beekeeping under the Atmanirbhar Abhiyan. He said India is among the world”s top five honey producers. Compared to 2005-06, honey production has risen by 242 per cent and exports up by 265 per cent.

The Minister said as evident by the rising honey exports, beekeeping will be an important factor in achieving the goal of doubling farmers” income.

He said the National Bee Board has created four modules to impart training as part of the National Beekeeping and Honey Mission (NBHM) and 30 lakh farmers have been trained in beekeeping. They are also being financially supported by the government.

The Minister said the government is implementing the recommendations of the committee to promote beekeeping. He said under guidance of Prime Minister Narendra Modi, the government has launched ”Honey Mission” as part of ”Sweet Revolution” which has four components. Even small and marginal farmers can adopt beekeeping since investment is low and returns high, he added.

Speaking on the occasion, Dr Dhansingh Rawat, Cooperatives Minister of Uttarakhand, highlighted the resolve of the state government to mainstream organic honey production.

Prof. Nazeer Ahmad, Vice Chancellor, Sher-e-Kashmir University of Agriculture Science and Technology, Kashmir talked about the unique characteristics of Kashmir honey which is at par with the best in the world such as Manuka of New Zealand.

The Centre has released an amount of Rs 19,100.77 crore under the Pradhan Mantri Kisan Samman Nidhi (PM-KISAN) scheme during the lockdown period after March 24 till date and around 9.55 crore farmer families have been benefitted under this scheme so far, said the Union Ministry of Agriculture and Farmers Welfare on Friday.

The Department of Agriculture, Cooperation and Farmers Welfare said in a statement that sowing of summer crops and procurement of rabi crops are going on uninterrupted during the lockdown.

About 9.28 lakh ha area is under coverage under oilseeds as compared to 7.34 lakh ha during the corresponding period of last year.

As per the latest data of the procurement, a quantity of 5.89 lakh MT gram (chana), 4.97 lakh MT mustard and 4.99 lakh MT toor has been procured by NAFED during the lockdown period.