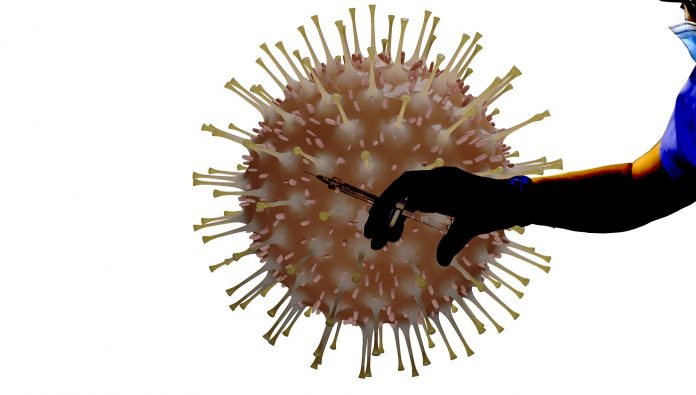 India’s top research and development organisation, the Council of Scientific & Industrial Research (CSIR), which is currently testing a “repurposed” vaccine against Covid-19 in a Phase 2 trial, is hoping to seek approval from the drug controller for its wider use against the pandemic in as early as 30 days from now, the scientist who is coordinating the effort said on Saturday.

This treatment was developed as a result of a partnership between CSIR and Cadila Pharmaceuticals many years ago. This immunotherapy treatment, which boosts “innate immunity”, was initially approved by the Drug Controller General of India (DCGI) for gram negative sepsis which is a disease caused by bacteria.

But the scientists found that the pathological symptoms of this disease and Covid-19 were quite similar. And given the urgency of finding a solution to the rapidly rising Covid-19 cases across the world, the scientists thought of testing the treatment against the current pandemic caused by the SARS-CoV-2 virus.

CSIR got the approval to test “Sepsivac” against Covid-19 in a Phase 2 clinical trial about 10 days ago. The trial is being conducted on 50 patients at the All India Institute of Medical Sciences (AIIMS), New Delhi, AIIMS Bhopal, and Post Graduate Institute of Medical Education & Research (PGIMER), Chandigarh.

“We expect the results from this Phase 2 trial within 30-45 days from now. And if the results are encouraging, we will seek approval from the drug controller because of emergency and keep on continuing the Phase 3 trial. That’s how it happens,” said Ram Vishwakarma, Director, Integrative Medicine (Council of Scientific & Industrial Research), Jammu.

Vishwakarma said that once it applies, the approval from the drug controller is expected to come fast as it is an emergency situation.

So if the Phase 2 trial shows that “Sepsivac” is effective against Covid-19, the world may have a vaccine against the disease as early as one month from now, at least for emergency use.

Meanwhile, Vishwakarma informed that CSIR has also got approval for conducting Phase 3 clinical trial of “Sepsivac” against Covid-19.

“Normally when you develop a vaccine, you grow the organism and kill it. It is called heat killed. Here we heat killed the bacteria. It is a standard vaccine concept,” Vishwakarma said, adding that the bacterium is produced by fermentation.

“The treatment we are testing against Covid-19 is designed to enhance innate immunity which is very critical. People who are weak in innate immunity will get the infection faster,” he said.

Vishwakarma explained that it is a non-specific vaccine which could be used to both cure and protect people. He explained that there are generally three types of vaccines.

“There are therapeutic vaccines, where you give them as a drug for curing. There are prophylactic vaccines, which you give to people to protect them. And there are some which have both the properties, which are called immunomodulators.

“Sepsivac will be an immunomodulator, which will have protective effect and therapeutic effect both,” he said.

Vishwakarma is hopeful that the Phase 2 clinical trials of the treatment will provide positive results. And because the drug is already in use for sepsis or septic shock treatment, “human safety is already assured,” he said, adding that it will be applicable for all age groups.

“We are keeping our fingers crossed and hoping for the best,” Vishwakarma said.

As developing a vaccine against a new disease takes time, researchers the world over are rushing to repurpose existing drugs, vaccines against the disease.