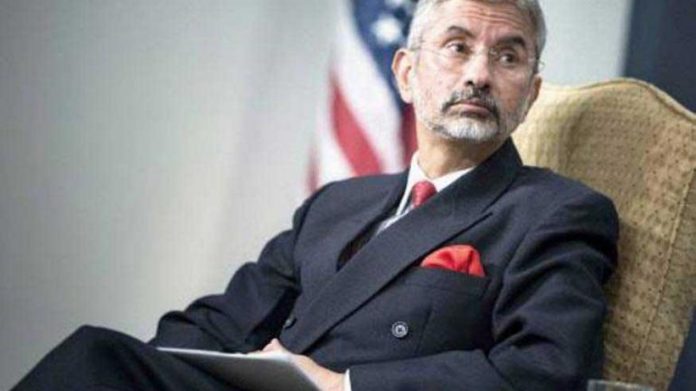 India has once again asked Pakistan to immediately vacate all areas of Jammu and Kashmir and Ladakh under its illegal occupation.

The reiteration of India’s statement comes a day after Pakistan-backed terrorists killed five Indian security personnel in a terror attack in Handwara, Kashmir.

A Ministry of External Affairs statement said that India demarched senior Pakistan diplomat and lodged a strong protest against the Supreme Court of Pakistan’s order on Gilgit-Baltistan, a part of former state of Jammu and Kashmir, under occupation since 1947.

In an order in January, Pakistan’s apex court had said that Gilgit-Baltistan comes within its domain after the Imran Khan government took a series of steps to constitutionally strengthen its hold on to the region last year.

Islamabad tightened its grip on Gilgit-Baltistan in view of the passage of the China-Pakistan Economic Corridor (CPEC) through the region.

On Monday, the government in New Delhi said that it has conveyed to Islamabad that “such actions can neither hide the illegal occupation of parts of Union Territories of Jammu & Kashmir and Ladakh by Pakistan nor the grave human rights violations, exploitation and denial of freedom to the people residing in Pakistan occupied territories for the past seven decades”.

The government has conveyed to Pakistan that India’s position in the matter, “is reflected in the resolution passed by Parliament in 1994 by consensus”.

The resolution has unanimously declared that the entire Union Territories of Jammu & Kashmir and Ladakh, including the areas of Gilgit and Baltistan, are an integral part of India by virtue of its fully legal and irrevocable accession.

The Ministry said: “The government of Pakistan or its judiciary has no locus standi on territories illegally and forcibly occupied by it. India completely rejects such actions and continued attempts to bring material changes in Pakistan occupied areas of the Indian territory of Jammu &amp; Kashmir.”

Last week, the Human Rights Commission of Pakistan (HRCP) slammed the Imran Khan-led government for continuing with the policy of subjugation of the Gilgit Baltistan region.

In a searing commentary, the commission recalled that the Gilgit Baltistan’s province-like status granted in 2009 as per the Empowerment and Self-Governance Order was nullified by an order in 2018, withdrawing whatever “negligible powers” that had been delegated to the region in 2009.

Lamenting the disenfranchisement of people in Gilgit Baltistan, the HRCP said the 2018 order annulled the Gilgit Baltistan Council which had local representation, and gave too many powers to the country’s Prime Minister.