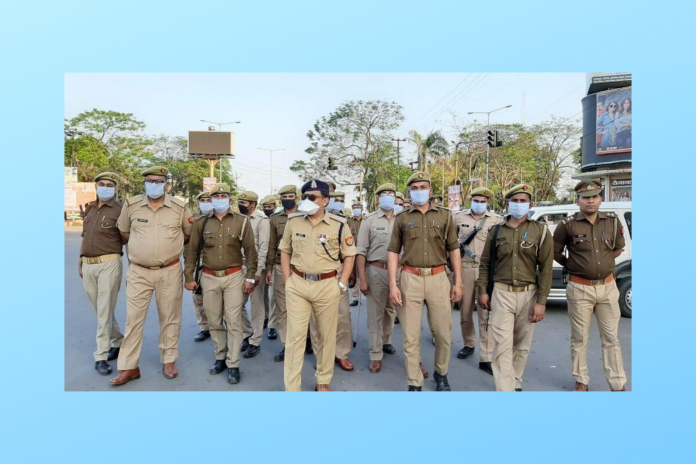 Traditionally considered in public perception as a corrupt, inefficient and high-handed institution, the Indian police have become phenomenally popular and trustworthy for Indians across the board during the ongoing Covid-19 crisis.

The Covid-19 pandemic and the ensuing disruption and sense of fear it has triggered in India has led to a dramatic improvement in the public perception of the police as an institution, according to the latest results of IANS/CVoter tracking survey conducted across the country.

This could come as a surprise to many commentators who consider the police force to be the most disliked, mistrusted and denigrated institution in the country. This dramatic improvement in trust in the police is visible across all geographies, income and education levels as well as caste and ethnic identities.

At an all-India level, the latest tracking survey revealed that among 18 odd institutions that were tracked, the biggest positive jump in image has been registered by the Indian police. While in 2018, only about 29.9 per cent of the respondents had expressed a “lot of trust” in the police, during the Covid-19 pandemic in 2020, this figure has shot up to an overwhelming 70 per cent Indians expressing the same feeling.

Compelling human-interest stories and their narration in mainstream as well as social media have perhaps added to this changing perception of the police. A few examples will illustrate this point.

Tammana in Bareilly in Uttar Pradesh was expecting a child and was worried. Her husband Anil was at work hundreds of kilometres away in Noida. Thanks to the lockdown, Anil could not travel to Bareilly. A desperate Tamanna made a video and tagged the SSP of Bareilly who forwarded it to his colleagues in Noida. An Additional DCP at Noida, Ranvijay Singh, took it up as a personal challenge and ensured that Anil reached Bareilly without any hiccups despite the travel ban. A healthy young boy was delivered and the grateful parents named him Mohhamed Ranvijay.

A video went viral showing a visibly emotional lonely senior citizen breaking down looking at a Chandigarh Police team surprising him with a cake to celebrate his birthday. Another viral video was of hilarious reactions of lockdown violators spoofed by Chennai Police into locking them in an ambulance with a fake Covid-19 patient as a punishment.

The Delhi Police’s drive with Uday Foundation to distribute ration among the homeless has been among the countless positive stories circulated on social media. The outreach programme of the police took another level when none less than Superintendent of Police of faraway Umaria in Madhya Pradesh called on all senior citizens living alone in his area and personally ensured uninterrupted supply of essentials delivered to their doorsteps.

Similar heartwarming stories of police personnel going beyond their call of duty to help ordinary Indians have come from across the country.

This has resulted in a dramatic turnaround in the image for the police as an institution. Ten years ago, C-Voter conducted a similar survey that ranked various institutions which played a key role in governing and running India. The police force in India was ranked right at the bottom in terms of trustworthiness, with politicians just a rank above them.

This perception of the police hardly changed over the years till the latest round of survey. Frequent and disturbing reports of high-handed behaviour by the police, allegations of partisan behaviour, corruption and routine violations of human rights have played a big role in the ordinary Indian displaying a poor level of trust in the police all these years.

But the Covid-19 pandemic seems to have worked wonders as far the image of the police is concerned. The ranking of the police among 18 institutions surveyed in 2018 was very low. In 2020, it has improved almost miraculously to number four, just below the armed forces, Prime Minister and Made in India products. This can be seen in responses given by a diverse and wide cross section of Indians.

Some interesting trend is observed in age group analysis, where the change in trustworthiness of police goes up with the age. May be the mid-age and older generation can compare the contrast in image with a longer timeline of their memory than the younger Indians.

Is this sudden and dramatic turnaround in the public perception just a temporary phenomenon caused by the Covid-19 pandemic? Or is this a harbinger of a healthier relationship between Indian citizens and their police force? Social scientists would be eager to look for answers.