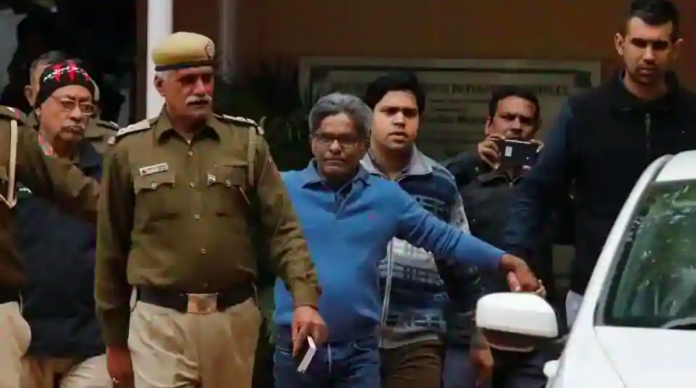 The Enforcement Directorate on Friday said it has attached assets, including five Swiss bank accounts, worth Rs 385.44 crore of Rajiv Saxena, a middleman in the AgustaWestland VVIP choppers money laundering case.

It said the value of the properties attached is USD 50.90 million (Rs 385.44 crore) and a provisional order under the Prevention of Money Laundering Act (PMLA) has been issued.

The attachment pertains to two PMLA cases being probed by the central agency, the Rs 3,600 crore VVIP choppers case and the Moser Baer bank fraud case in which the prominent accused are the promoters of the latter firm, businessman Ratul Puri and his father Deepak Puri.

Ratul Puri is the nephew of former Madhya Pradesh chief minister Kamal Nath and is also an accused in the VVIP choppers case.

“The attached assets include a villa in Palm Jumeirah, Dubai, worth 20 million AED and balances in five Swiss bank accounts amounting to USD 45.55 million,” the agency said in a statement.

Saxena, a Dubai-based businessman, was deported from the UAE on January, 31 last year and was arrested by the ED.

The agency had earlier this month moved the Delhi High Court seeking cancellation of the bail granted to Saxena in the VVIP choppers case and also sought revocation of his approver status in the case, on the ground that he had undertaken to disclose all the facts related to the offence but was not doing so.

The ED had contended before the HC that Saxena withheld information very strategically and has not disclosed full and true facts which were within his knowledge, relating to the commission of the offence.

The matter is expected to be heard next on June 3.

The ED said, “Saxena is a hawala operator who runs accommodation entry business in Dubai through numerous companies, known as Matrix group companies, and has laundered proceeds of crime in the cases of AgustaWestland chopper scam and Moser Baer bank fraud case.”

“Saxena created structures for laundering proceeds of crime generated by accused of both cases either for the kickbacks in AgustaWestland case or defrauding banks by misusing the loans given to Moser Baer India Ltd and its subsidiaries,” the ED alleged.

It had arrested Ratul Puri in this case and he is out on bail now.

“Saxena manages the proceeds of crime and tainted funds of many high -rofile and high-net worth individuals,” the agency said.

Talking about the VVIP choppers case, a deal to purchase a dozen AgustaWestland choppers for flying VVIPs but later cancelled on allegations of corruption, the agency said a letter of request to the Swiss Confederation was sent by it to “restrain” Saxena”s bank accounts and ensure that he did not shift, transfer or dispose of the suspected proceeds of crime.

Saxena, it said, “has admitted to laundering the proceeds of crime not only of AgustaWestland deal but also various other defence deals.”

The proceeds of crime have also been transferred to the personal accounts of Saxena and his wife Shivani Saxena, also an accused in AgustaWestland case, the ED claimed.

In the Moser Baer alleged bank fraud case, it said, proceeds of the crime belonging to Deepak Puri amounting to USD 16.33 million have also been attached “in the hands” of Saxena.

“The accounts of Moser Baer India Ltd was classified as a non-performing asset in 2014. Investigation in the case has revealed that the proceeds of crime generated by Deepak Puri out of the bank fraud were received and kept by Rajiv Saxena till 2018 through accounts maintained for Deepak Puri and also equity has been transferred from an undisclosed entity based in Bahamas,” the ED statement said.

From the analysis of digital evidences and accounts of the Puri family maintained by Rajiv Saxena, it was revealed that USD 16.33 million was proceeds of crime in the hands of Rajiv Saxena “belonging to Deepak Puri” and was parked in the accounts of companies of Matrix Group, the ED said.

Similarly, it said, proceeds of the crime belonging to Ratul Puri and transferred to Rajiv Saxena from an undisclosed foreign entity have also been attached “in the hands”of Saxena.

Further probe is going on, the agency said.