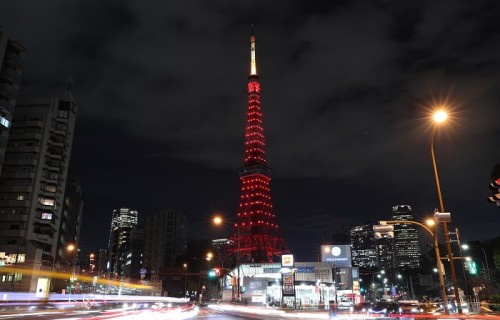 The iconic Tokyo Tower reopened to the public on Thursday after the health emergency restrictions imposed in Japan due to COVID-19 were lifted earlier this week.

Visitors can enter the 333-metre tall tower to access its two observation decks. To prevent possible COVID-19 infection, only four people will be able to use the elevators at a time and priority will be given to those with disabilities and senior citizens, reports Efe news.

The majority of the visitors will have to climb up some 600 open-air stairs, which have been opened especially for the occasion, to access the 150-metre-high observation platforms, the firm managing the installation said in a statement.

Tower staff, equipped with transparent protective masks and gloves, will also take the temperature of all visitors, and will restrict the number of people who can access the facilities to ensure that social distancing is maintained.

Tokyo Tower was closed on April 8, a day after the state of emergency was declared in the Japanese capital due to the spread of the coronavirus.

Completed in 1958, and initially designed as a radio and television relay tower, what was once Japan”s tallest building annually attracts some 2 million visitors, according to data from the Tokyo Metropolitan Government.

Tokyo resumed actovities under a new normal on Tuesday when Prime Minister Shinzo Abe announced the end of the health emergency in Tokyo and four other prefectures where measures were still in force, bringing the entire country out of lockdown.

While shops and offices have been gradually reopening in the Japanese capital, social distancing measures still in place across the board in a bid to avoid new infections.

The state of emergency had meant all citizens had to stay at home and were only allowed outside for essential trips as well as the closure of commercial establishments and public spaces.