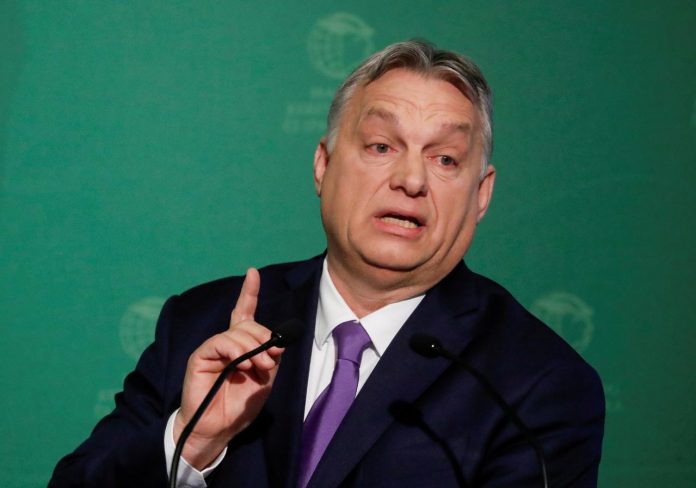 Indefinite emergency powers obtained by Hungarian Prime Minister Viktor Orban to fight the coronavirus crisis could be retracted in late June depending on the evolution of the pandemic, his chief of staff said on Thursday.

Orban secured a right to rule by decree in March, drawing criticism from rights groups and the European Commission. He said his powers could be withdrawn by parliament – where his party holds a two-thirds majority – at any time.

Under the legislation, anybody deemed to be deliberately spreading false information that could upset people or hinder the fight against the novel coronavirus could face up to five years in jail.

“The government could give up its special emergency rights towards the end of June unless the situation (with the epidemic) changes,” said Gergely Gulyas, chief of staff to Orban, a right-wing nationalist at odds with the EU over accusations the rule of law has deteriorated in Hungary during his decade in power.

Gulyas also told an online press briefing the government was considering easing restrictions in Budapest from next week due to a decline in infections. Lockdown restrictions have already been mostly lifted in the countryside.

Speaking in the European Parliament, Vera Jourova, the commissioner responsible for upholding European Union values and transparency, said the EU was entering a new phase when certain measures taken to protect public health will be gradually eased.

“This new phase means that the general states of emergency with exceptional powers granted to governments should gradually be removed or replaced by more targeted and less intrusive measures,” Jourova said, adding the Commission would follow very closely how emergency measures will be phased out.

“This is even more important for Hungary given the lack of a clear time limit for the state of danger.”

She said the criminalisation of supposedly false information about the coronavirus was not clearly defined in Hungarian law, which “raises potential concerns as regards legal certainty and may have a chilling effect on freedom of expression”.

On Tuesday, Hungarian police detained a 64-year-old man for questioning over what they called a Facebook post that made false statements about the coronavirus. An opposition Momentum party activist was detained on Wednesday on similar grounds.

Both were freed after several hours and lodged complaints about “being treated as a suspect”. The first man’s complaint proved “justified”, prosecutors said, while the activist’s complaint remained under investigation.

The Hungarian Civil Liberties Union said the two incidents could have a “highly damaging effect” on freedom of speech.

Police said they had launched 87 proceedings on grounds of spreading disinformation related to the COVID-19 crisis.