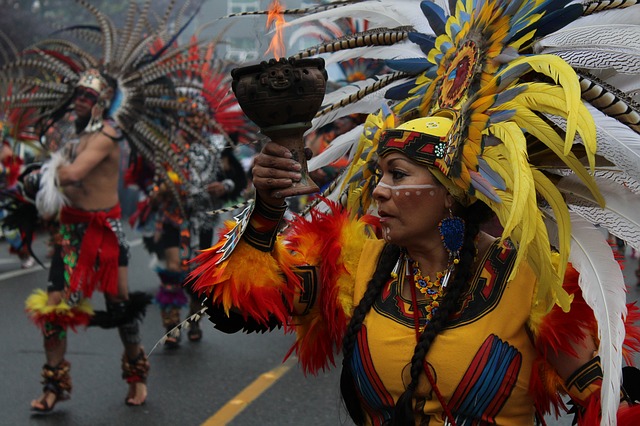 Indigenous languages of the Americas are spoken by indigenous peoples from Alaska, Nunavut, and Greenland to the southern tip of South America, comprising the land masses that constitute the Americas. These original languages consist of dozens of distinct language families, as well as many language isolates and unknown languages.

Many suggestions to group these into higher-level families have been made, such as Joseph Greenberg’s Amerind law. This scheme is rejected by nearly all specialists because some of the languages differ too significantly to draw any associations between them.

According to UNESCO, most of the indigenous American languages are critically endangered, and many are already extinct. The most extensively spoken indigenous language is Southern Quechua, with about 6 to 7 million speakers, principally in South America.

Thousands of languages were conversed by various peoples in North and South America before their first contact with Europeans. These collisions occurred between the beginning of the 11th century (with the Nordic settlement of Greenland and failed efforts in Newfoundland and Labrador) and the end of the 15th century (the voyages of Christopher Columbus). Several indigenous cultures of the Americas had also expanded their writing systems, the best known being the Maya script. The indigenous languages of the Americas had widely altering demographics, from the Quechuan languages, Aymara, Guarani, and Nahuatl, which had millions of active speakers, to many languages with only several hundred speakers. After pre-Columbian times, numerous indigenous creole languages developed in the Americas, based on European, indigenous and African languages.

The European colonizers and their follower states had widely differing attitudes towards Native American languages. In Brazil, friars learned and promoted the Tupi language. In many Latin American nations, Spanish missionaries often learned local languages and culture to preach to the natives in their tongue and relate the Christian message to their indigenous religions. In the British American colonies, John Eliot of the Massachusetts Bay Colony translated the Bible into the Massachusett language, also called Wampanoag, or Natick (1661–1663); he published the first Bible printed in North America, the Eliot Indian Bible.

The Europeans also crushed use of indigenous American languages, practicing their languages for official communications, destroying texts in other languages, and insisting that indigenous people learn European languages in schools. As a result, indigenous American languages suffered from cultural suppression and loss of speakers. By the 18th and 19th centuries, Spanish, English, Portuguese, French, and Dutch, brought to the Americas by European settlers and administrators, had become the official or national languages of contemporary nation-states of the Americas.

Many indigenous languages have become critically endangered, but others are vigorous and part of daily life for millions of people. Several indigenous languages have been given official status in the countries where they occur, such as Guaraní in Paraguay. In other cases official status is limited to certain countries where the languages are most spoken. Although sometimes blessed in constitutions as official, the languages may be used occasionally in de facto official use. Examples are Quechua in Peru and Aymara in Bolivia, where in practice, Spanish is imperative in all formal contexts.

In North America and the Arctic region, Greenland in 2009 adopted Kalaallisut as its sole official language. In the United States, the Navajo language is the most spoken Native American language, with more than 200,000 speakers in the Southwestern United States. The US Marine Corps recruited Navajo men, who were verified as code talkers during World War II.