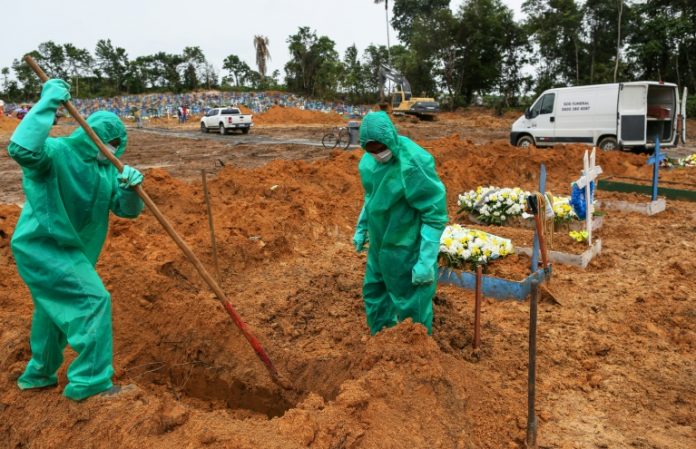 The economic carnage unleashed by the coronavirus pandemic was brought into sharper focus on Thursday, with grim data showing major slumps in German and French industrial output and the British economy forecast to slump 14 percent this year.

Governments around the world are under immense pressure to ease the economic pain caused by measures to stop the virus, which has claimed at least 260,000 lives, left half of humanity under some form of lockdown and made millions jobless.

Some European and Asian nations are now cautiously easing restrictions hoping to stabilise their reeling economies, and US President Donald Trump is pushing for lockdown measures to be lifted.

But experts have warned that social distancing measures remain necessary until a vaccine is developed — and governments are keen to avoid a devastating second wave of infections.

The British government was on Thursday reviewing lockdown measures, with a partial easing expected to be announced this weekend.

The easing has already begun in Germany, Europe’s largest economy, while France is inching towards its own loosening of lockdowns.

Highlighting the economic imperative, the Bank of England said the GDP of Britain — which has the second-highest number of deaths in the world — was set to plummet 14 percent this year.

The forecast came a day after the European Union warned of a 7.7-percent eurozone contraction in 2020.

Industrial production in Germany fell by 9.2 percent month-on-month in March, official figures showed Thursday, the worst fall since the manufacturing output data series was started in 1991.

The slump in France was even greater with industrial output dropping by 16.2 percent in March on a monthly basis, statistics institute Insee reported.

Migrants, part of a group of 76 Guatemalans deported from the United States, wave from a bus upon landing at the Air Force base in Guatemala City

Airlines and travel are among the sectors worst hit by the pandemic, with flights grounded worldwide and social distancing measures severely limiting leisure and business trips.

Adding to the list of those casualties on Thursday, British Airways parent IAG said it had plunged into a huge loss in the first quarter, and said it did not expect pre-crisis passenger demand to return until 2023.