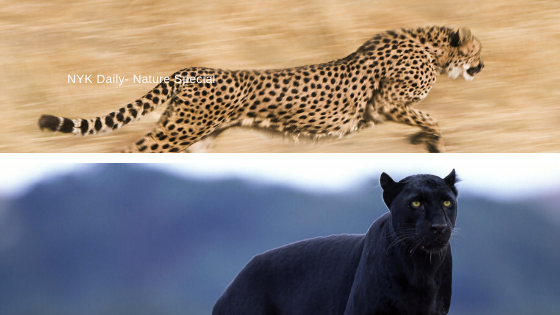 This is the part 8 of fight in the wild series. The last part was a Honey Badger victory over King Cobra.

The fourth part was a troubled Eagle victory against the larger Vulture.

Today we have Black Panther taking on Cheetah.

Let’s first start with the features and attributes of Black Panther:

Cheetah and Black Panthers are technically same other than the body colour and stripes. However, the black panther has an added advantage here, other than the dark and mystical colour: it’s nails. In a one on one battle during the dark, Black Panther would be able to perform its first move and clinically hurt Cheetah to a point of no return. During the day time, the battle will be of similar intensity and one can say it is only up to fate that who will win. Both of them belongs to the same family so obviously will have the same power in their blood. Although both have some distinct characteristics that make them different from others. Both have astounding and enormous features on one side Cheetah is the fastest runner on the other side panther is blessed with the black colour that helps it to hide and attack. It will be a stalemate during the day time, but Black Panther will win in the night.