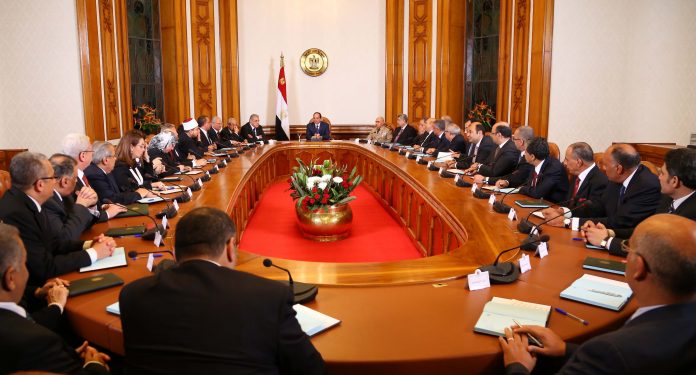 Egypt’s medical union on Monday blamed the government for increasing levels of coronavirus infections and deaths among healthcare professionals, its sharpest criticism yet of the country’s handling of the pandemic.

Citing growing frustration over a lack of protective equipment, testing and hospital beds for front-line doctors, the union described the Egyptian health ministry’s negligence as “a crime of killing by irresponsibility.”

The union reported that 19 doctors have died and 350 have contracted the virus, according to official figures, although testing of medical staff remains limited.

“The health ministry bears full responsibility,” it said, “as a result of its failure to protect them.”

Egypt, the Arab world’s most populous country, has officially recorded 17,967 infections and 783 fatalities due to COVID-19. Although it’s a modest toll compared with the U.S. and Europe, the curve is rapidly accelerating. With under-resourced quarantine hospitals filling up, many fear the worst is yet to come.

“The health system may completely collapse, and a health catastrophe may strike the whole country,” the union warned in its statement.

In an apparent response to the torrent of criticism, health minister Hala Zayed said the government was “following up to provide the best possible care” to medical staff. Authorities have sought to allocate 20-bed capacity floors at quarantine hospitals for staff who have fallen ill, she said, and provide “sufficient stocks” of protective gear.

The minister also promised to launch an “urgent” legal investigation into the case of Walid Yehia, a young doctor who died of coronavirus over the weekend after struggling to find treatment at a crowded Cairo hospital.

“His colleagues and I were with him, appealing for help, but there was zero response,” Yehia’s brother, Ashraf Zalouk, wrote in an emotional Facebook post.

The Egyptian government has resisted the kind of total lockdown seen in other countries in the region, hoping to stave off the worst economic repercussions. But calls have grown for stricter measures as infections show no signs of abating.

Over Eid al-Fitr, the festival that concludes the Muslim fasting month of Ramadan, authorities extended the nightly curfew, which now begins at 5.p.m. and halted public transportation until May 29. The prime minister has said the country would gradually reopen after the holiday.

In speeches and statements, the government has repeatedly reassured Egyptians that it has the virus under control. But it has also tightened its grip on information about the pandemic. Those who challenge the state’s official virus count have been expelled and detained. Amnesty International estimates that over a dozen people have been caught up in a coronavirus-motivated clampdown.

The virus causes mild to moderate symptoms in most patients, who recover within a few weeks. But it is highly contagious and can cause severe illness or death, particularly in older patients or those with underlying health problems, including cancer patients.