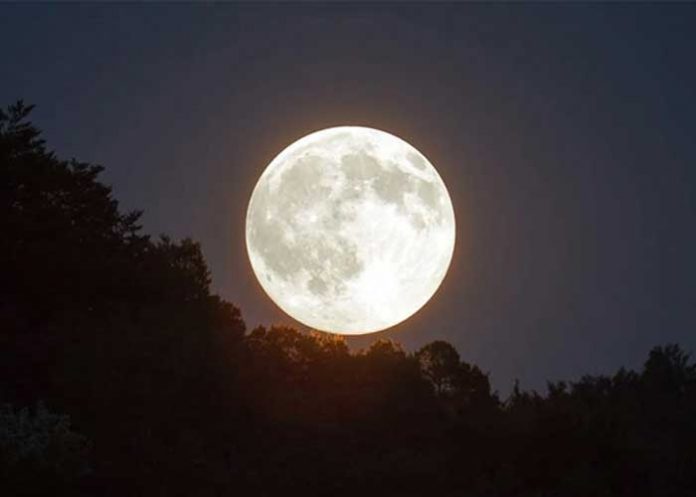 (IANS) This month’s supermoon — also known as the ‘Super Flower Moon’ — will be seen on Thursday and it is the last supermoon of 2020.

The Super Flower Moon will be seen from 6:45 a.m. EDT (4:15 p.m. IST) onwards and according to NASA, the full supermoon will appear from Thursday evening till Friday morning.

During this time, the moon will appear bigger and brighter than usual as it will be near perigee — the closest approach of the moon to the Earth.

This full moon corresponds to Vesak, also known as Buddha Purnima, a holiday observed by Buddhists across Asia. Sometimes informally called “Buddha’s Birthday”, it commemorates the birth, enlightenment and death of Gautama Buddha.

The actual date of Vesak varies depending upon the calendar in use in the particular country or region, but this year for most areas it falls on or near the day of this full moon, the space agency said in a statement.

This is the last in a series of four supermoons. A supermoon was visible last month too and was called the ‘Super Pink Moon’.

The first supermoon of 2020 appeared in February, followed by one between March 9 and March 11. The term “supermoon” was coined by astrologer Richard Nolle in 1979 and it refers to either a new or a full moon that occurs within 90 per cent of perigee, its closest approach to Earth in a given orbit.