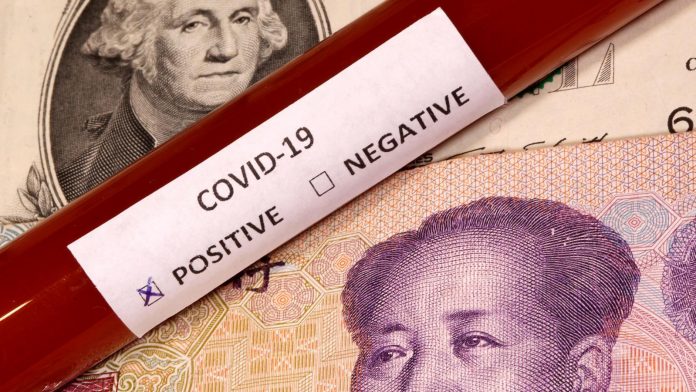 In what seems to be an absolutely new theory, Chinese scientists have said that the novel coronavirus may not have its origin in the Wuhan seafood market, which allegedly caused the dreaded Covid-19 pandemic. ”People”s Daily, the official newspaper of the Chinese Communist Party, revealed on Wednesday that new evidence suggests ”multiple origins of the transmission of the virus”.

The leading newspaper of China wrote on Wednesday, “Chinese scientists have discovered a novel coronavirus clade that is different from that shared among patients connected to the Huanan seafood market in Wuhan, which provides new evidence that the market may not be the origin of the virus that caused the pandemic.”

On the new theory of the virus origin, the paper says, “Scientists collected viral genome samples from 326 patients in Shanghai between January 20 and February 25. They identified two major clades, both of which included cases diagnosed in early December 2019. The scientists noticed that genomes of six patients with contact history related to the Huanan seafood market fell into one kind of clade while those of three other patients diagnosed in the same period but without exposure to the market clustered into the other clade, suggesting multiple origins of transmission in Shanghai.”

Earlier the Chinese study into the origin of the novel coronavirus have suggested that the virus, which caused havoc on the globe, had its origin in the famous Huanan seafood market in Wuhan. However, the US, especially its President Donald Trump, was not convinced by the claims of China on the origin of the virus.

The US and several European countries asked for a thorough probe to ascertain the origin of the virus which devastated the entire western world. Several scientists speculated that the virus could be leaked from a Chinese bio-lab.

The Huanan seafood market was previously deemed to be the origin of the novel coronavirus, but now research indicates that the speculation may not be right.

The Huanan seafood market is more like a victim of Covid-19, rather than the origin of the novel coronavirus, Gao Fu, director of the Chinese Centre for Disease Control and Prevention (CDC), and member of the National Committee of the 13th Chinese People”s Political Consultative Conference, had told the media on Monday.

Gao said that he had gone to Wuhan to collect samples for Covid-19 researchers in early January, but no viruses were detected in the animal samples. Viruses were only found in environmental samples, including sewage, wrote the People”s Daily.