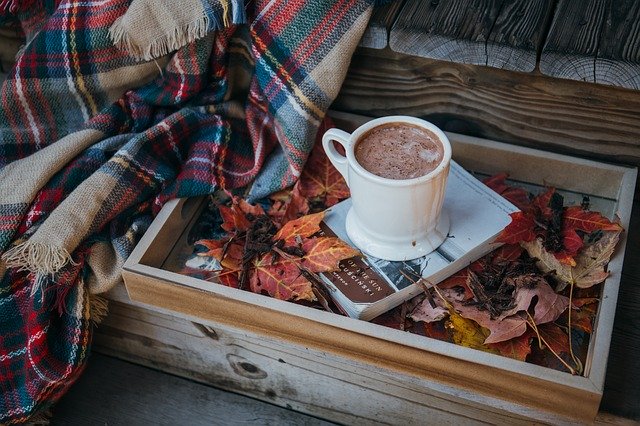 The predecessor to the hot chocolate we enjoy today was the Aztec drink xocoatl. Mayan Indians first harvested Cacoa beans from Cacoa pods and regularly traded them to the neighboring Aztecs. Cocoa beans may also have been given as offerings to the more warlike Aztecs. The Aztecs ground the beans into a bitter, coarse paste, which they blended with water and spices to form the drink xocoatl. Aztecs later planted the cacao tree themselves and appointed their god Quetzalcoatl as the guardian of the cacao tree. Aztec Emperor Montezuma is cited as having said of xocoatl: “The divine drink, which builds up resistance and fights fatigue. A cup of this drink authorizes a man to walk a whole day without food.” It is recorded that Montezuma drank fifty goblets of xocoatl each day.

Hernan Cortez is attributed with introducing the drink to Europeans. Cortez established a cocoa plantation in Mexico in 1519 after seeing the Indians using the beans as a form of currency. A year later Cortez introduced the xocoatl drink to the court of Spanish King Charles V. Instead of the spices used by the Aztecs, the Spaniards began the tradition of adding a sweetener, probably cane sugar syrup obtained also from the New World. The Spanish had difficulty pronouncing the Indian word “xocoatl” and changed the name of their new beverage to “chocolat.” Although chocolate quickly became famous across Spain, the Spanish managed to keep it secret from the rest of Europe for a hundred years. During those hundred years, many experiments in partly fermenting and then roasting the cocoa beans added increasing richness to the flavor of the drink.

In 1615 Spanish Princess Anna of Austria introduced chocolate to her new husband King Louis XIII. The drink became fashionable within Louis’ court and news quickly spread to Italy and later to Austria. A Frenchman opened the first café concentrating in chocolate in London in 1657. The English changed the name of the drink to “chocolate.” The appealing new drink quickly gained in popularity across Europe. Who it is that first warmed their chocolate drink to make “hot chocolate” is unknown. By 1657 chocolatier David Chaillou had opened the first chocolate house in Paris and served hot chocolate.

The warm, foamy drink we know today owes its true origin to Dutchman Hendrick Van Houten. In April 1828 Van Houten patented a method whereby a press is used to squeeze ground cocoa beans to extract the natural fat also known as cocoa butter. Cocoa butter makes up about half of the weight of a cocoa bean. The pressed cake that remains after extracting the cocoa butter is cooled, pulverized and sifted into cocoa powder. Van Houten also discovered that by adding alkali-potash to the beans before they are barbecued the acidic taste of the cocoa is neutralized. The process became known as “Dutching” and has been used ever since. Even today you will sometimes hear hot chocolate related to as “dutch chocolate.”