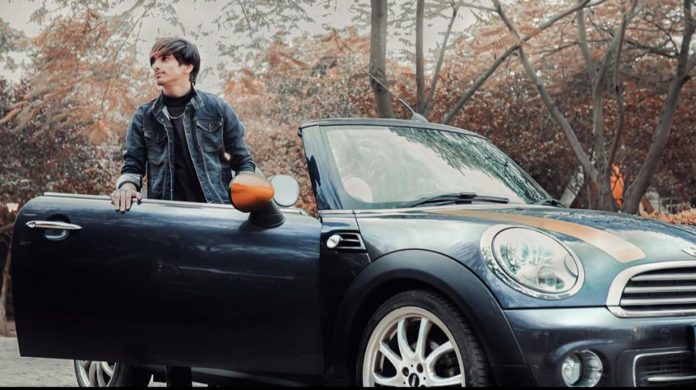 Youngsters of India are super energetic and have tremendous potential to do something fresh and entertaining. Entertainment is a whole sole niche that gives thousands of opportunities to such talent that brings out with flying colors.

Nishit Sangwan the youngest leading lad has debuted in his first-ever music video which has gone viral like anything on social media. His music video is listed among the trending on YouTube. This talented guy is breaking the records by embracing his talent and spreading his charm all around. Recently a song was released which was sung by Ganna Rajveer Jawanda. He released his music video in which Nishit Sangwan acted as a lead role. Recently on the basis of analytics, the video has broken all the records and is now marked as among the top trending videos on YouTube as well as on other media platforms.

He constantly wished to be a part of the Bollywood industry he finally made it to that level by beautifully illustrating his theater proficiency in this song video. Well! It’s just the start of the year and he has set a great benchmark. He did such an incredible job that not only online but also offline he is getting a lot of acknowledgment from each and every one. After the release and huge success of this song, there was a success party organized by the team members where he was admired a lot.

Finally, the prestige for the huge achievement of the song goes to Nishit Sangwan who came up with his extraordinary accomplishment with the flying colors. Well, this was actually great news for all his fans and we wish him good luck for future opportunities.