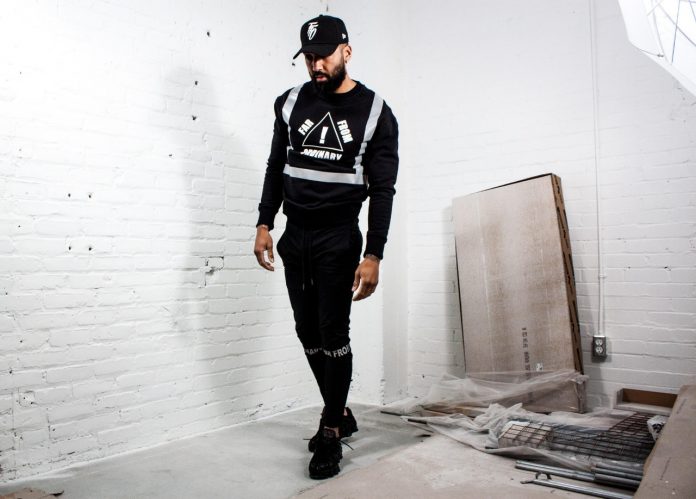 The understanding of the business industry came from Nick Welch’s massage therapist business. He had the opportunity to learn about what it took to own a business at a young age. Nick Welch, Adrian Kinnavanthong, and Jon Blumberg were only 22 when they brought Ordnry to life. Their passion for the clothing industry has always been there. Growing up, they used to draw and design different types of shoes and logos.

From the start they knew it was going to be a challenge to build their brand up from the tiny city of Winnipeg, Manitoba. Little did these guys know that their Canadian brand was going to continue growing as it caught the attention of many influencers and celebrities. They met Madonna (recording artist) on many occasions and after building a long-lasting relationship with her they got the chance of a lifetime to design her official tour merch in 2019. They got invited to many of her events such as her Birthday party, Grammy’s party, and New Years’ party.

Alongside Madonna, they had also caught the attention of Odell Beckham Jr with whom they built a relationship as they are big sports guys themselves. They were invited to Janelle Monae’s (actress/recording artist) birthday party in Brooklyn and Swizz Beatz’s (producer/artist) birthday in New York. The trio ended up bringing Swizz Beats a tracksuit which he wore in a music video and an interview for promotion for his new album. They also met Alicia Keys, Christian Louboutin, Russ, and much much more.

Nick knows exactly what he’s looking for when it comes to creating the perfect team. He says, “We want to see ourselves in them. The passion, drive, and also different things they can bring to the table that we can’t. For example we’d be looking for someone who is computer savvy, as we know a bit but were not tech guys.” They aim to hire hard-working people that would be a good fit, someone who understands clothing, benefits, and the vision that they have. The aim in hiring is to get people who can fill in the areas that they lack knowledge, or do stuff that they “don’t want to do,”’  Nick says laughing. The perfect team will get you to where you want to go all while providing the best customer service in order to get people returning for more.

Nick has one answer in mind when being asked for his biggest success as a company. He explains, “Ordnry’s biggest success was teaming up with one of the most legendary artists of all time (Madonna) both creating her tour jacket and merchandise for the Madonna NYC pop-up. This was important to the brand as Madonna embodies the meaning of what it is to be FAR FROM ORDINARY.” At one point, to everyone’s surprise, Madonna ended up posting a picture of one of their designs on her social media without being asked and this had led to them blowing up in sales.

Currently, Nick and the Ordnry team are working on various collections and collaborations with artists of all different types of backgrounds ie: Artists (painters), Musicians, Dancers, Designers, Athletes, Protein and other Food Co, etc. Ordnry is also continuing to be involved in the community and involved in donating and collaborating with various Not For Profit Organization projects. Ordnry will also be focusing on opening new brick and mortar locations in places with the appropriate demographic of customers.

Nick, Adrian, and Jon are keeping busy with the success of what they have created and have continued plans to add new designs and even to open up more stores in new places in the future. Click here to keep up with the brand.