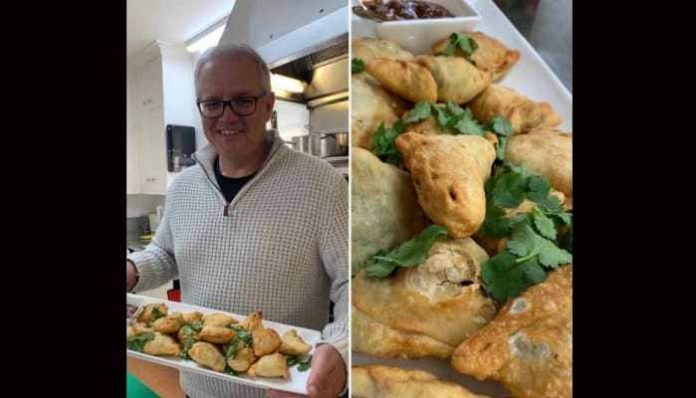 Australian Prime Minister Scott Morrison on Sunday showed off a new skill of making vegetarian ”samosas” with mango chutney “from scratch”, and said that he “would have liked to share them” with his Indian counterpart Narendra Modi.

Taking to Twitter, the Prime Minister said: “Sunday ScoMosas with mango chutney, all made from scratch – including the chutney. A pity my meeting with @narendramodi this week is by videolink.

“They”re vegetarian, I would have liked to share them with him.”

He also attached a photo of himself holding the platter of the snacks. The tweet has so far garnered 27,000 likes.

The two Prime Ministers are scheduled to hold a virtual meeting on June 4.