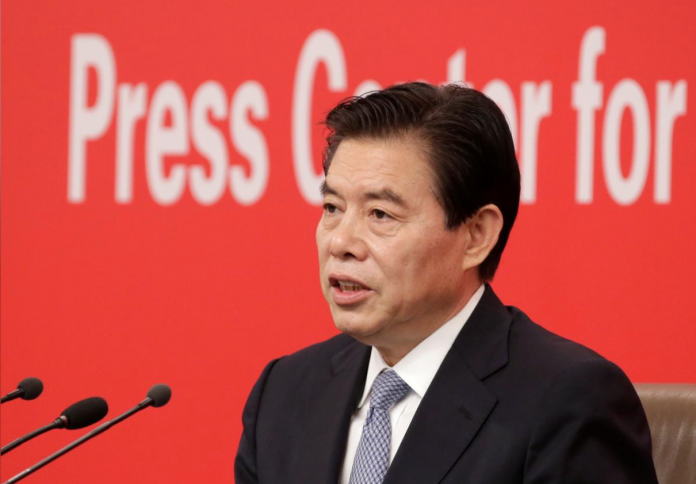 Australia’s trade minister is seeking urgent talks with his Chinese counterpart after key agriculture exports were hit with suspensions and tariff threats, but said Australia will continue to push for an inquiry into the coronavirus outbreak.

The beef suspensions revealed on Tuesday came just days after China proposed introducing a tariff of up to 80% on Australian barley shipments, raising concerns they were retaliatory actions by Beijing for Australia’s push for an inquiry into the coronavirus outbreak.

China, which is Australia’s largest trading partner, has rejected the need for an independent inquiry into the origins of the coronavirus pandemic.

Birmingham has said the beef ban was linked to issues with labelling and health certificates, while the barley tariffs were related to an anti-dumping case.

The nationalist Global Times newspaper, affiliated with the official People’s Daily, said in editorial on Wednesday the suspensions of the meat processors should serve as a “wake-up call” for Australia for its unfriendly actions.

Citing the push for a COVID-19 inquiry and Australia’s decision to ban Chinese firm Huawei from its 5G network, the Global Times said “concern over potential retaliatory measures from China seems totally justified given Australia’s heavy economic reliance on China”.

Last month, Chinese ambassador to Australia Cheng Jingye warned that Chinese consumers could boycott Australian products if Australia pursued the coronavirus inquiry. Australian government ministers described his comments as a threat of economic coercion from the country that took around 38% of all exports in 2019.

Birmingham said on Wednesday Australia would continue to support an international inquiry into the coronavirus.

Australia is “far from a lone voice in advancing (an inquiry)” and will support a European Union resolution at the World Health Assembly on May 17, he said.

Chinese foreign ministry spokesman Zhao Lijian said on Tuesday the country’s customs agency had found repeated instances of quarantine violations by the barred Australian beef companies and imports were suspended to “ensure the safety and health of Chinese consumers”.