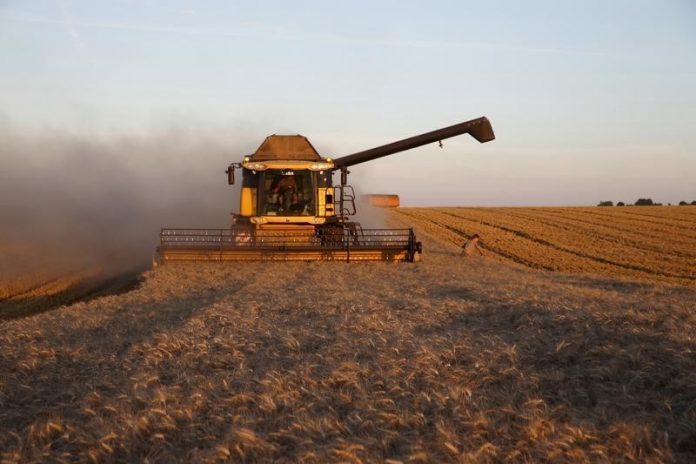 Australia on Sunday raised concern that China is considering imposing hefty tariffs on imports of Australian barley, just as tensions rise between the world’s second-biggest economy and one of its biggest suppliers of farm products.

“The Australian government is deeply concerned by reports that unjustified duties may be levied on Australian barley imports into China,” Trade Minister Simon Birmingham said in a statement.

Australia is by far China’s top supplier of barley, exporting about A$1.5 billion to A$2 billion ($980 million to $1.3 billion) worth of the grain a year. China takes more than half of Australia’s barley exports.

The Chinese tariff threat comes as ties have frayed between Canberra and Beijing, exacerbated by a push by Australia for an investigation into the origins of the coronavirus outbreak.

Beijing in November extended its anti-dumping probe, which began in 2018, by six months to this month.

“We have worked with the Australian grains industry to mount the strongest possible case against China’s anti-dumping investigation,” Birmingham said.

Australian grain producers have been informed by China’s Ministry of Commerce (MOFCOM) that it is considering imposing a dumping margin of up to 73.6% and a subsidy margin of up to 6.9% for barley imported from Australia, said Andrew Weidemann, chairman of industry group Grain Producers Australia.

“China alleged we have damaged their barley industry materially,” Weidemann told Reuters. “We’d be extremely disappointed if this was politically motivated.”

He said Australian barley growers are not subsidised and consider themselves the most efficient in the world.

Birmingham told a news conference in Canberra that the government hopes in coming days to establish “that Australian farmers and barley producers do not receive undue subsidies and do not dump their product on foreign markets.”

“But if the case were to go against them, then we absolutely reserve our right to pursue all other avenues, including through the WTO (World Trade Organisation),” he said.

Barley exporters and the Australian government have been given 10 days to respond to MOFCOM.

Five grain grower groups said in a statement on Saturday MOFCOM may provide its final determination by May 19 and that they would continue to cooperate with the Chinese government and work closely with the Australian government.

China’s commerce ministry launched its anti-dumping investigation in November 2018 after receiving an application from the China Chamber of International Commerce. The ministry did not immediately respond to a query from Reuters outside of working hours on Sunday.