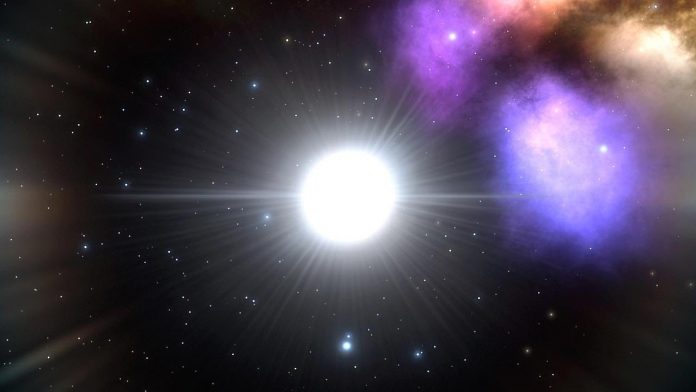 (IANS) The intermediate-sized stars in question — about 1.5 to 2.5 times the mass of our Sun — are known as delta Scuti stars, named after a variable star in the constellation Scutum.

When studying the pulsations of this class of stars, astronomers had previously detected many pulsations, but had been unable to determine any clear patterns.

“Previously we were finding too many jumbled up notes to understand these pulsating stars properly,” said lead author Tim Bedding, Professor at University of Sydney in Australia.

“It was a mess, like listening to a cat walking on a piano.”

For the study, published in the journal Nature, the international team used data from NASA”s Transiting Exoplanet Survey Satellite (TESS), a space telescope mainly used to detect planets around some of the nearest stars to Earth.

It provided the team with brightness measurements of thousands of stars, allowing them to find 60 whose pulsations made sense. These stars are about 60 to 1400 light years away.

“The incredibly precise data from NASA”s TESS mission have allowed us to cut through the noise. Now we can detect structure, more like listening to nice chords being played on the piano,” Bedding said.

The findings are an important contribution to overall understanding of what goes on inside the countless trillions of stars across the cosmos.

“This definitive identification of pulsation modes opens up a new way by which we can determine the masses, ages and internal structures of these stars,” Bedding said.

Pulsations in the well-behaved Delta Scuti group fall into two major categories, both caused by energy being stored and released in the star. Some occur as the whole star expands and contracts symmetrically.

Others occur as opposite hemispheres alternatively expand and contract. Bedding”s team inferred the alterations by studying each star”s fluctuations in brightness.

“Our results show that this class of stars is very young and some tend to hang around in loose associations. They haven”t got the idea of ”social distancing” rules yet,” Bedding said.